Humanists International calls for freedom for Mubarak Bala, at UN

Humanists International has called on UN Human Rights Council member states to advocate for the immediate and safe release of Mubarak Bala.

Humanists International’s Advocacy Officer, Lillie Ashworth, delivered the statement by video during the General Debate segment of the 49th session of the UN Human Rights Council. 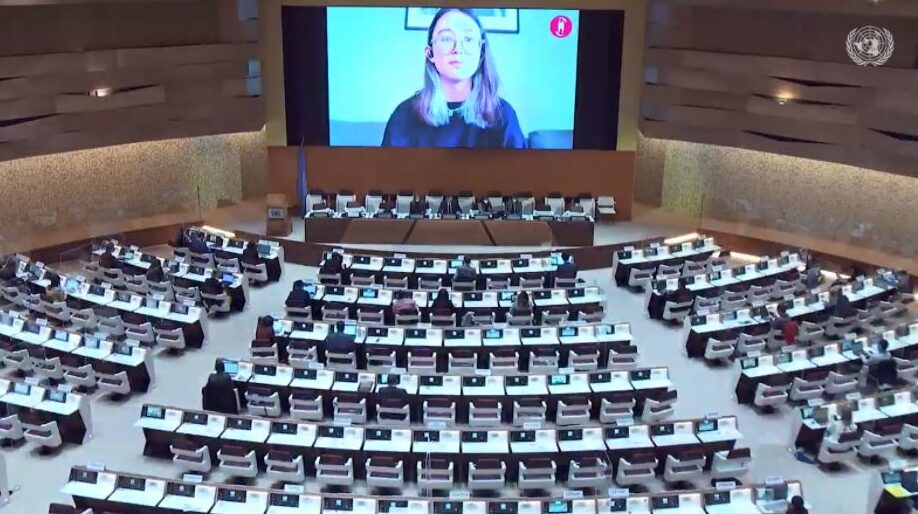 Referring to the recent report by the Special Rapporteur on the Right to Freedom of Religion or Belief, Dr. Ahmed Shaheed, on religious and belief minorities in situations of conflict and insecurity, Ashworth outlined how, “in northern Nigeria, religious extremism and a failure to uphold the rule of law have resulted in rights violations for minorities across the belief spectrum.”

She reminded the Council how, almost two years on from his arrest, Mubarak Bala, leader of the Nigerian Humanist Association, remains detained in connection with Facebook posts of his said to contain ‘blasphemous’ content.

Pointing to a history of obstruction, excessive delays, and fair trial violations in the legal proceedings against Bala, she noted that his case “illustrates all too well how those who question or challenge religious orthodoxy in northern Nigeria can effectively be stripped of their rights and humanity.”

Arrested in April 2020, Bala was detained for more than five months before being granted access to his legal counsel. He was arbitrarily detained for a further 10 months before being formally charged with 10 counts of causing a public disturbance under Sections 210 and 114 of the Kano State Penal Code, respectively. Humanists International believes that the circumstances of his detention represent a clear violation of his fundamental rights guaranteed under the Nigerian Constitution and international human rights law.

Last week at the UN Human Rights Council, Humanists UK, a member organization of Humanists International, took the floor during an Interactive Dialogue with the Special Rapporteur on Freedom of Religion or Belief to call for Bala’s release, and to ask the Nigerian Government to repeal its law criminalising blasphemy.