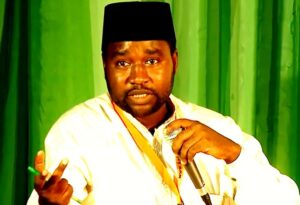 Nigerian human rights activist and President of the Humanist Association of Nigeria.

Arrested from his home in Kaduna state on 28 April 2020, Bala has been held without charge ever since. After spending more than five months in detention in an undisclosed location, Bala was finally granted access to his chosen legal counsel in October. The Abuja High Court is expected to deliver its ruling on Bala’s Fundamental Rights Petition on 21 December 2020, following repeated delays. A second petition is currently proceeding through the courts.

April
Bala spends his 365th day in detention without charge on 28 April. UN experts call for his release. 89 organizations and concerned individuals across the globe sign an open letter addressed to Kano State Governor Umar Ganduje to free Bala.

A hearing before the Federal High Court in Abuja is postponed on 20 April owing to the closure of the court due to industrial action.

March
On 1 March 2021, the Federal High Court in Abuja presided over the first hearing related to Bala’s lawyer’s petition challenging the competence of Kano State to bring charges against their client.

The Attorney General of Kano State was absent from the hearing, while the Nigerian Correctional Service asked for more time to respond. The court was adjourned until 20 April.

Bala’s legal team remain concerned that their client would not receive a fair trial should be be formally brought to trial in Kano State, where the population is predominantly Muslim, and Sharia courts operate alongside secular courts. Further, predominantly Muslim states have frequently seen riots, violence and murder after blasphemy accusations, sometimes against individual Muslims accused, but with potential for wider violence when the accused is Christian. For these reasons, Bala’s legal team believe that the transferral of Bala to stand trial in a more neutral location would not only safeguard their client’s rights, but prevent violence in the state at large.

December
Following a series of delays, the Federal High Court in Abuja ruled that Bala’s continuous incarceration was illegal and ordered his immediate release on 21 December 2021. The Court also awarded 250,000 Naira (around $500USD) against the Respondents.

November
On 20 November 2020, the legal team working for Nigerian humanist, Mubarak Bala, were alerted through unofficial channels to a possible move by the Kano state authorities to present their client in court. Over the course of the following week, the lawyers sought access to their client and to monitor proceedings, however their efforts faced multiple obstructions, sparking fears that Bala may be subjected to a secret trial. The magistrate adjourned the pre-trial hearing until 16 December 2020.

October
Shortly following rumours of his death in custody on 2 October 2020, a member of Bala’s chosen legal team was able to meet with him for the first time since his arrest. During the meeting, Bala expressed his fears to him and stated how inmates have threatened to kill him if he does not make peace with God. He therefore fears for his life and that of his wife and child.

Bala’s fundamental rights petition was heard before the Abuja High Court on 19 October. No defence was entered by the authorities. The judge has adjourned provisionally until 10 December for judgement.

August
On 6 August 2020, Bala spent his 100th day in detention. On this day, renowned Nigerian poet and humanist, Wole Soyinka, wrote him a letter of solidarity.

July
Following significant delays, the police were served with the court order compelling them to grant Bala’s legal team access to their client. As of 24 July, the police commissioner had failed to comply with the order arguing that the wording does not specifically order police to grant the access.

June
Following repeated requests, on 24 June 2020, a magistrate granted Bala’s legal team’s motion to meet with their client. However a case backlog at the court delays the issuance of the order.

May
Although Bala has been denied access to his legal team, it is believed that he was formally detained under the Cybercrimes Act at a hearing in a Kano Magistrate’s Court on 6 May 2020. Bala is not thought to have appeared in court.

On 8 May 2020, Bala’s legal counsel filed a fundamental rights petition with the Abuja High Court, seeking to secure Bala’s release on the basis that his detention violates his rights to liberty, fair trial, freedom of thought and expression, and freedom of movement as enshrined in the Nigerian Constitution and international human rights law.

April
Mubarak Bala was arrested by detectives from Kano State Police Command, reported to be dressed in plain clothes, on 28 April 2020. Bala was initially held in detention in Gbabasawa police station, Kaduna state. However, on 30 April, the Police Commissioner for Kaduna State confirmed that he had been released to Kano State Police Command.  Attempts to locate Bala, made by his legal team, have been unsuccessful.

Bala’s arrest followed a petition filed with the Police Commissioner of Kano Command on 27 April by law firm, S. S. Umar & Co., in which Bala was alleged to have insulted the Prophet Muhammad in his Facebook posts in violation of Section 26(1)(c) of the Cybercrimes Act, which criminalises insult of any persons due to their belonging to a group distinguished by their religion, among other characteristics, and is punishable by a fine and/or up to five years’ imprisonment. The petitioners also allege that Bala’s posts will incite the Muslim community and lead to public disturbance under Section 210 of the Penal Code of Kano State.

Under section 35(3) of the Nigerian Constitution, Bala should have been informed of the grounds for his detention in writing within 24 hours of his arrest. To date, Bala has not been charged with a crime and has not been granted access to his legal counsel.

Further, individuals have threatened to burn down the police station in which he is being held and kill him were he to set foot in Kano.

Among those threatening to kill him is a sergeant attached to Bauchi State Police Command. According to Sahara Reporters, the sergeant in question is “notorious for using a fake named – Datti Assalafiy – on Facebook to spread hatred and religious bigotry – where he encourages his over 160,000 followers to execute Christians and others, who don’t share in their extreme ideas.”

On 26 April 2020, a Change.org petition calling for Bala’s Facebook account to be closed garnered over 17,000 signatures. The petition was subsequently taken down by Change.org.

Mubarak Bala, born in Kano state, northern Nigeria, in 1984 is a well known and respected member of the Humanist movement. A chemical engineer by training, he is president of the Humanist Association of Nigeria.

In June 2014, Bala was held against his will for 18 days in a psychiatric ward of Aminu Kano Teaching Hospital in Kano, Northern Nigeria, after he was assessed as needing psychiatric help because he was an “atheist”. His father, formerly a senior member of the Islamic religious authorities, had orchestrated Mubarak’s detention, after Mubarak renounced Islam and declared himself an atheist. Bala was released due to a strike at the hospital which saw many patients discharged.

Approximately half of the population are Muslims, around 40% are Christians, and about 10% are of traditional indigenous religions or no religion. Non-religious people face social persecution and prohibitive social taboos in Nigeria. Indeed, it took 17 years of campaigning for humanist and atheist groups – such as the Humanist Association of Nigeria, the Northern Nigeria Humanist Movement, the Atheist Society of Nigeria and Lagos Humanists – to be allowed by the State to register as official organisations.

The Constitution of the Federal Republic of Nigeria

While the Constitution of Nigeria prohibits the adoption of any religion as State Religion, the state endorses numerous anti-secular and theocratic policies. Islam is often regarded as de facto state religion in nine of the northern states, where the majority of the population is Muslim. The Constitution gives states the power to establish their own Sharia courts on civil matters. Muslims are required to abide by Sharia law in some states and optional in others. The actual enforcement differs from state to state.

Sections 38 and 39 of Nigeria’s Constitution respectively guarantee the rights of citizens to freedom of thought, conscience and religion – including freedom to change their religion or belief – and the right to freedom of expression.

Under the Customary system, applicable nationwide, “blasphemy” is prohibited under section 204 of the Criminal Code. Section 204, “Insult to religion”, states:

“Any person who does an act which any class of persons consider as a public insult on their religion, with the intention that they should consider the act such an insult, and any person who does an unlawful act with the knowledge that any class of persons will consider it such an insult, is guilty of a misdemeanour, and is liable to imprisonment for two years.”

States subject to Sharia courts can and do implement severe punishments for crimes such as “blasphemy”, including execution.

Sections 275–279 of the Constitution give states the power to establish their own Sharia courts of appeal for civil matters. Abiding by Sharia law is required for Muslims in some states but optional in others and enforcement differs by state. The introduction of criminal law aspects of Shari’a, the continued state use of resources to fund the mosque construction, education of Kadis (Muslim judges), pilgrimages to Mecca (Hajj), and religious instruction in schools, mean that Islam is often regarded, and is in effect, the de facto state religion of numerous northern states.

In addition to handing down executions, predominantly Muslim states have frequently seen riots, violence and murder after blasphemy accusations, sometimes against individual Muslims accused, but with potential for wider violence when the accused is Christian.

The situation in Kano State

The population of Kano is predominantly Muslim, and Sharia courts operate alongside secular courts and are known to pass heavy sentences for perceived “blasphemy”.

Over the course of 2020, there have been several high-profile cases of individuals facing prosecution under blasphemy laws. They include the case of singer Yahaya Sharif-Aminu, who is currently appealing the death sentence, and a 13-year-old boy whose sentence to 10 years in prison was subsequently discharged.

The criminalization of blasphemy can never be justified under the international human rights framework. Blasphemy laws are inherently subjective laws that prevent legitimate, and often necessary, criticism of protected religions and religious figures. As such, they violate the human right to freedom of expression and the human right to freedom of thought, conscience, religion or belief. These rights are protected by all major international human rights instruments (including Articles 18 and 19 of the Universal Declaration of Human Rights (UDHR) and the International Covenant on Civil and Political Rights ICCPR) and Articles 8 and 9 of the African Charter on Human and Peoples’ Rights). General Comment 34 on the ICCPR explicitly affirms that, “prohibitions of displays of lack of respect for a religion or other belief system, including blasphemy laws, are incompatible” with human rights (CCPR/C/GC/34:48).

Not only are anti-blasphemy laws unlawful in international human rights terms, they are often used by governments to silence dissenting views on politics, calls for individual freedoms, or to provoke hatred against minorities.

Crucially, for many of our members across the world the very manifestation of their fundamental right to freedom of belief is construed as blasphemous.

In a country where many regard ex-Muslims as “apostates” and extremist Islamists pose a serious threat, and given Bala’s recent transfer to a police station in Kano, Humanists International is deeply concerned for Bala’s safety.

As of today, we call on the relevant Nigerian authorities to do the following:

Humanists International has been working to support grassroots efforts to secure Bala’s release by ensuring that Bala’s case remains in the international public eye. The organization has secured a legal team to represent Bala, which is crowdfunded. The organization maintains close contacts with leading experts on freedom of religion or belief and diplomatic representatives in the country.