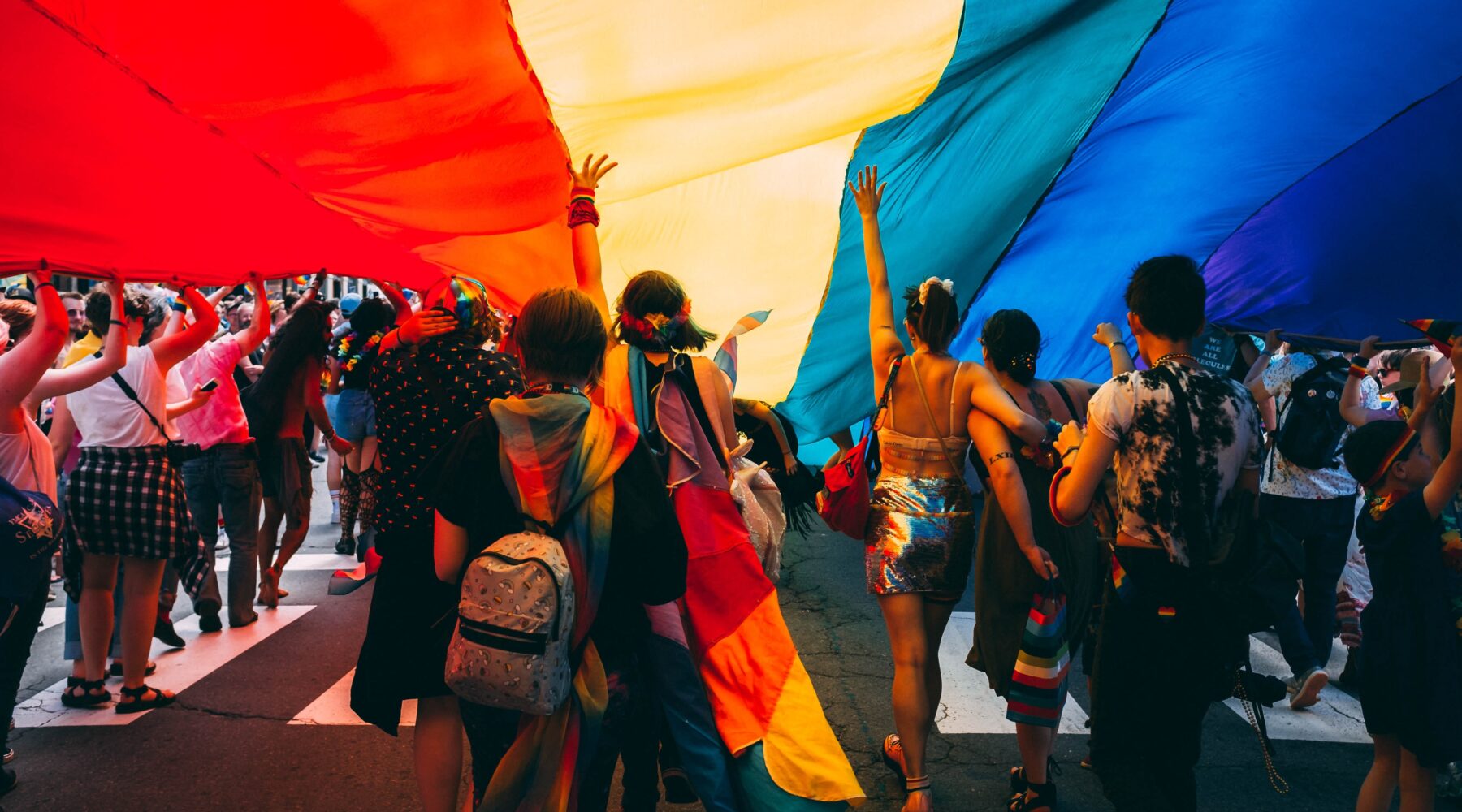 The UN Human Rights Council has adopted a resolution which will renew the mandate of the independent expert on sexual orientation and gender identity for three years.

The mandate’s renewal will ensure that discrimination and violence against individuals on the grounds of their sexual orientation and gender identity (SOGI) will remain a key issue on the Council’s agenda, and will provide a space for civil society to advocate for equality on the basis of SOGI at the Council. Ahead of the debate on the resolution to renew the SOGI mandate, Humanists International joined 1255 civil society organizations from across the world in a campaign to renew the mandate.

During the debate on the renewal resolution, which lasted over two hours, several hostile amendments were proposed by a group of OIC States (with the exception of Albania). Some of the amendments sought to undermine core aspects of the resolution, such as through deletion of the words “sexual orientation and gender identity”, while others stressed “religious and cultural particularities” as a reason for denying rights and recognition to those with diverse sexual orientations and gender identities.

12 of the 13 hostile amendments were narrowly defeated, some by a margin of a single vote.

The resolution was adopted by a vote of 23 in favour, with 17 voting against and 7 abstaining. 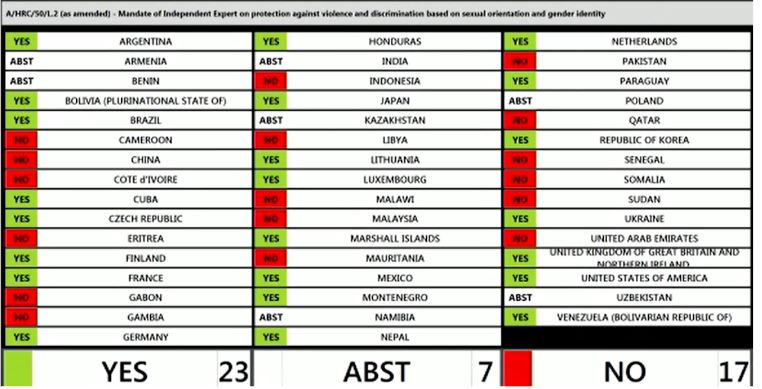 A snapshot of the vote results on the resolution

Ever since the mandate was created in 2016, it has faced attempts to undermine it from conservative States and anti-rights actors defending so-called traditional values. The mandate was last renewed in 2019, a move that was supported by 1312 NGOs at the time, including Humanists International. In a significant development, this resolution, compared to previous iterations, contains operative paragraphs which explicitly deplore and call for effective measures against “acts of violence against individuals on the basis of their sexual orientation and gender identity”, and wording which calls on States to repeal discriminatory laws.