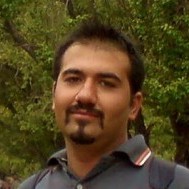 While in prison, he was an advocate for prisoner’s rights, including by undergoing multiple hunger strikes. Further charges of “propaganda activities against the state” have been brought against him as a result of his prisoner’s rights activism.