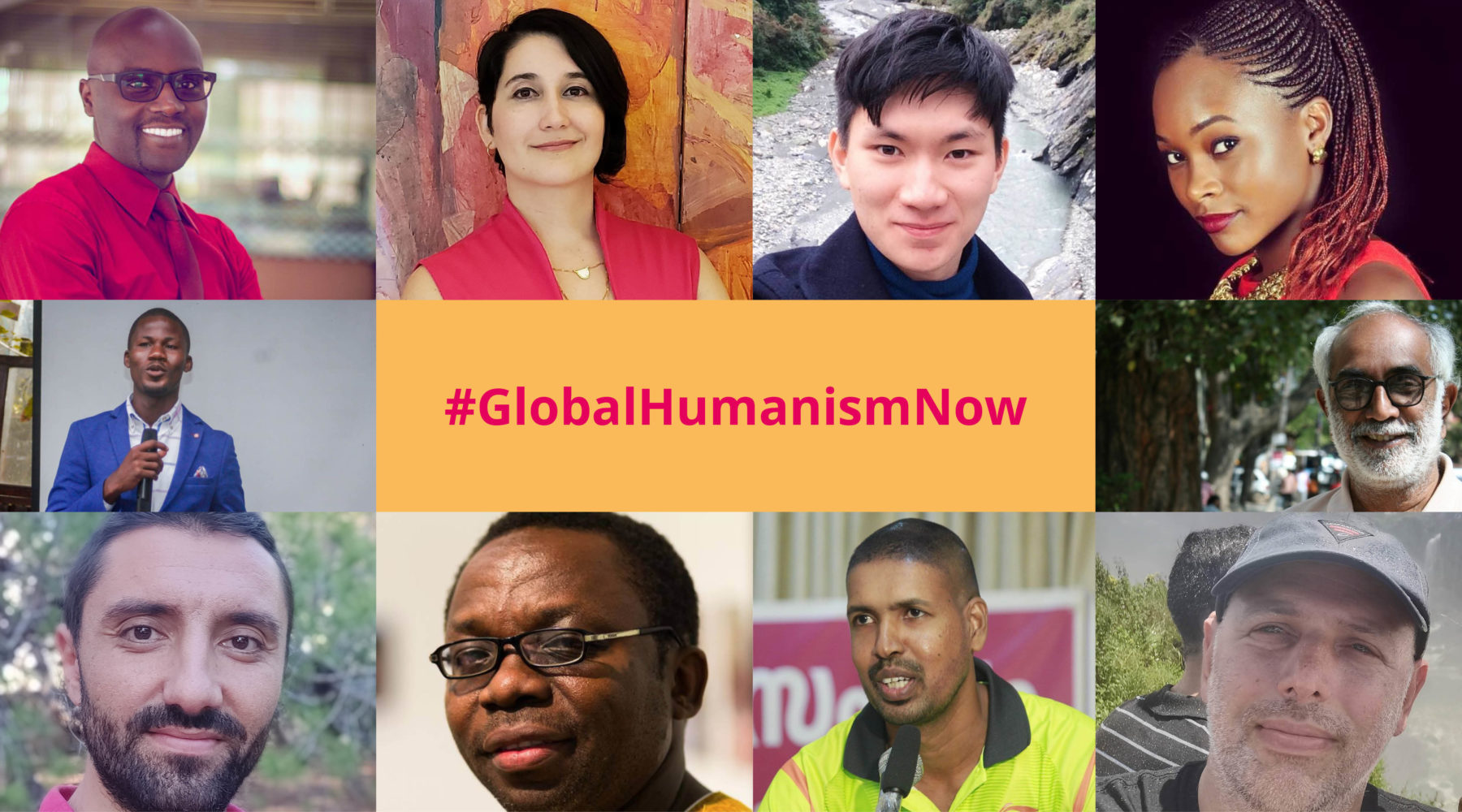 How humanists around the world are responding to the coronavirus crisis

We asked our Members and Associates how the global Coronavirus crisis is affecting their lives, and how they are responding to the emergency. We found out that humanists all around the world are staying true to our values: reason, science, empathy, critical thinking, secularism and democracy.

The global humanist community is fighting this pandemic as one: this is what emerges from #GlobalHumanismNow, a series of interviews conducted with humanist activists from all around the world.

“We are all one and we shall fight this battle as one”, said Narendra Nayak from India during his interview. Similarly we see that from Peru to Sri Lanka, from Uganda to Malta, humanists are coordinating to help and inspire each other, sticking to same core values contained in the Amsterdam Declaration, the statement of the fundamental principles of modern Humanism. 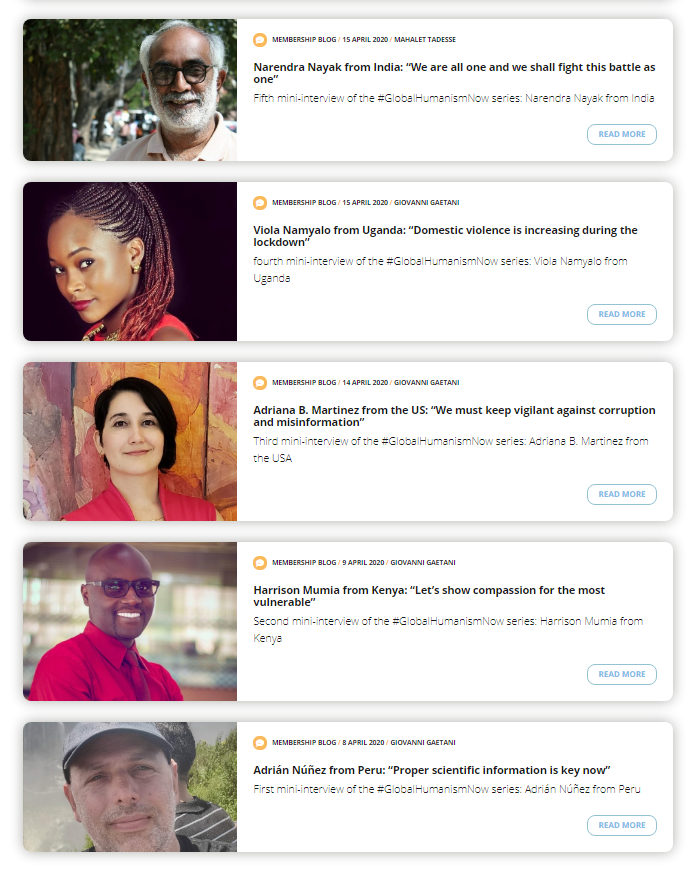 A very common claim has been the necessity to use science to tackle this emergency, fighting all kind of misinformation and superstition. “As humanists, we rely on scientific evidence, human experience in various fields, and the ability to work as a team to solve the problems that emerge from this crisis”, said Adrián Núñez from Secular Humanist Society of Peru.

In the short-term the application of science will help us to limit the spread of the pandemic, keeping the level of contagion within a sustainable level. In the long run instead it’s science and good leadership that will ultimately defeat the virus with the discovery of a vaccine.

Humanists are also underlining the importance of a rational approach to the emergency and to stick to a evidence-based information. This is particularly true in those regions where superstition and skepticism towards science are widespread.

Indeed, as Leo Igwe remarked, superstition can be “almost like another virus to fight”. In Nigeria, for example, “witchcraft accusations related to the virus are increasing” while “many people are desperate and vulnerable so they are prone to being exploited by snake oil sellers.” This shows the importance for humanists around the world to keep speaking the language of reason. 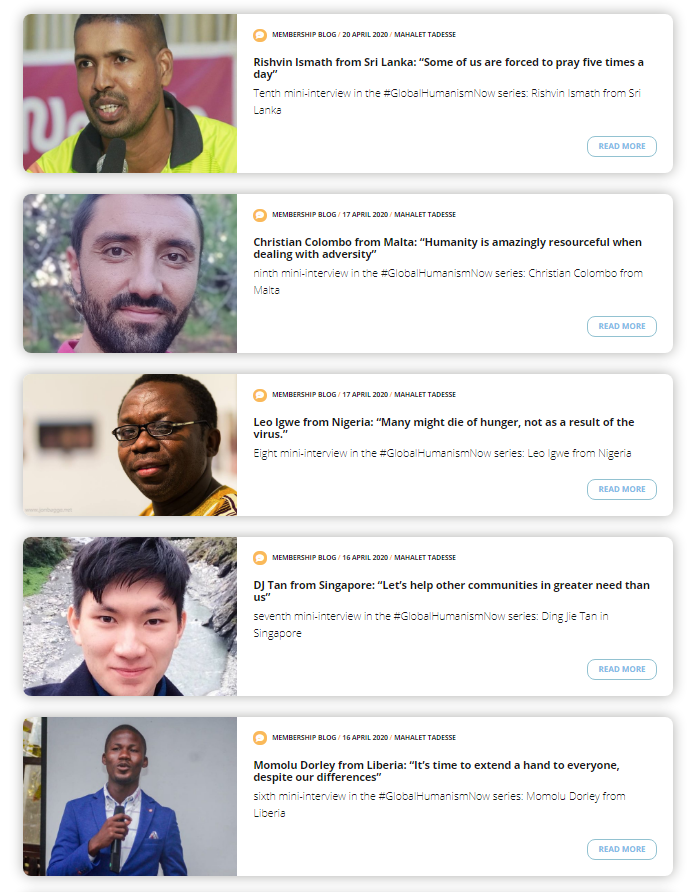 Another big concern for humanists is that the pandemic might jeopardise secularism and democracy on a global scale, as we have seen already  in Hungary with Viktor Orban’s “coronavirus coup“. Humanists are also astonished to see that many governments are enforcing strict lock down measures nationwide while allowing some special exemptions for religious groups.

“The pandemic is putting many things at risk, including secularism”, says Adriana Buenaventura Martinez, Director of the Hispanic American Freethinkers. “In the US and in Colombia, for example, many churches were giving mass during the lock down – and the government has even helped them financially to do so.”

Empathy and solidarity for the most vulnerable

Lastly, all humanist activists that we interviewed agreed on one important point: the necessity to help the most vulnerable segments of the population – poor people, women at risk of domestic abuse, religious and belief minorities, etc.

These are indeed the most affected people by this pandemic. “Reports show a local and global increase in domestic violence cases”, noted Viola Namyalo from Uganda, while Rishvin Ismath from the Council of Ex-Muslisms of Sri Lanka said that many members of the organization “are now forced to do the five daily Islamic prayers together with their family members” despite being non-religious.

If you represent a Member or Associate of Humanists International and you want to participate to the #GlobalHumanismNow series, please contact us at [email protected]