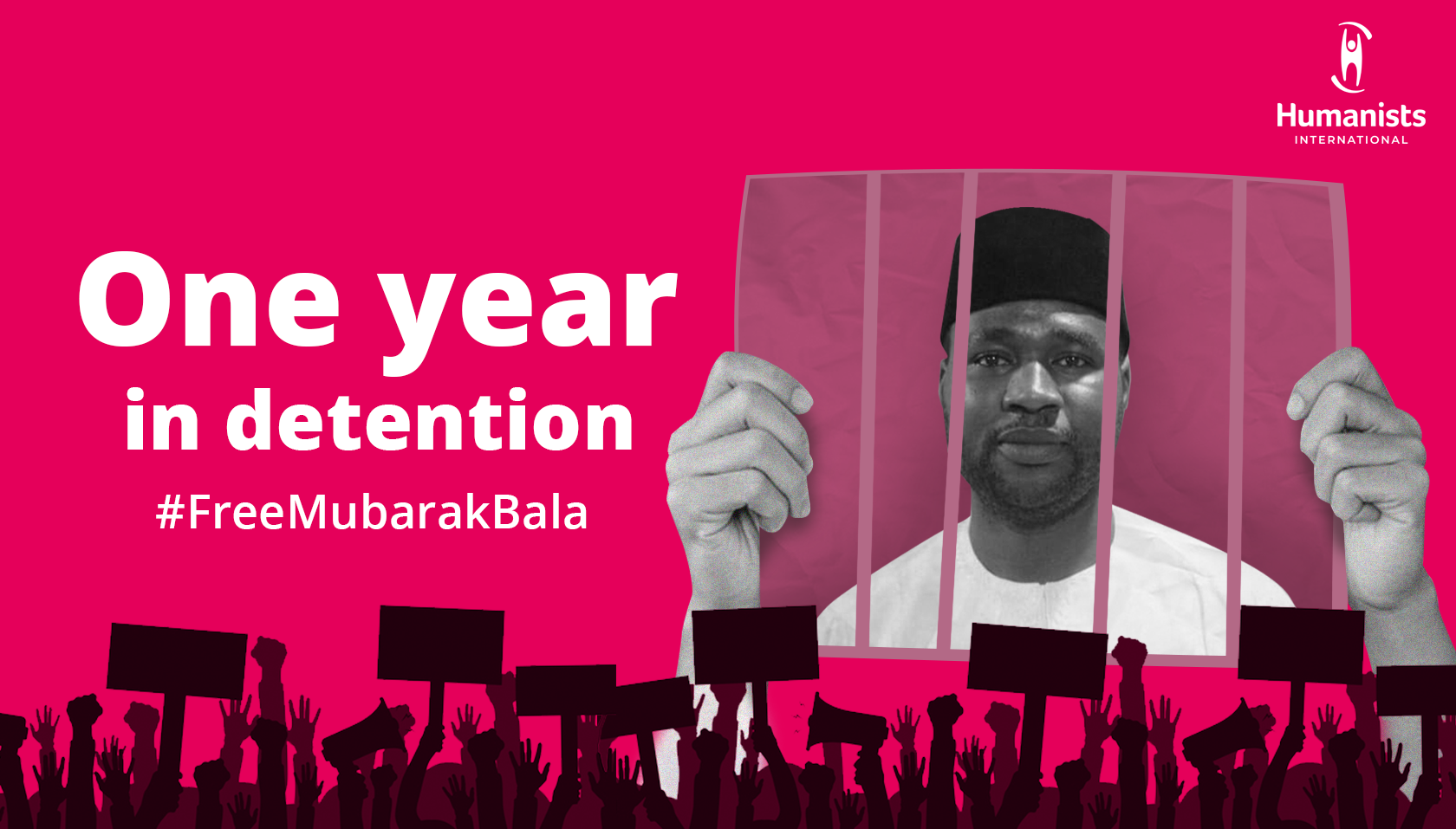 On the one-year anniversary of the detention of Mubarak Bala – President of the Humanist Association of Nigeria – a coalition of 87 organizations and concerned individuals across the globe have published an open letter addressed to the Governor of Kano State, Abdullahi Umar Ganduje, seeking his immediate release.

Adding their voice to the chorus of 48 humanist organizations from across the globe – alongside notable humanist individuals based in the UK and the Netherlands –  are bastions of freedom of expression such as Index on Censorship, the Electronic Frontiers Foundation, PEN International, PEN Nigeria and the African Freedom of Expression Exchange.

Following months of advocacy, Bala was finally granted access to his legal team in October 2020, more than five months after his initial arrest. Bala has yet to be brought before a court and charged with a crime, in violation of his rights to liberty, fair trial, freedom of thought and expression, and freedom of movement.

Bala’s case has been subject to multiple and repeated irregularities, including:

On 21 December 2020, Honorable Justice  I. E. Ekwo ruled that Bala should be released on bail, however, Kano state officials have failed to comply.

In a supplementary filing before the Abuja High Court, Bala’s legal team contested the Kano State authorities’ competence to prosecute the case on the basis of jurisdiction. A hearing of the petition, scheduled for 20 April 2021, had to be postponed as a result of industrial strike action.

“The failure of the Kano State authorities to fulfil their obligations to protect the rights of Bala while in their custody clearly demonstrates that our colleague has little hope of a fair trial if he were to be charged in a Kano State court. For this reason, we call on the authorities to release Bala immediately, while ensuring his safety. If he must be charged, the Kano state authorities should refer the case to a competent court with jurisdiction, such as Abuja, where he could expect a fair trial.”