“We must keep up the pressure,” says Leo Igwe on case of Mubarak Bala

Nigerian human rights activist and President of the Humanist Association of Nigeria, Mubarak Bala, has now been detained in a Kano State correctional facility for 587 days. Bala faces up to two years in prison, if convicted of the 10 counts of causing a public disturbance in connection to Facebook posts he is alleged to have made over the course of April 2020, which are deemed to have caused a public disturbance due to their “blasphemous” content. 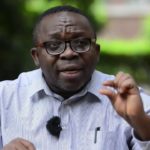 Founding member of the Humanist Association of Nigeria and renowned humanist advocate who has been spearheading the campaign for Bala’s release, Leo Igwe said:

“As his case moves into its second phase, where we expect him to face trial before the Kano High Court, I cannot stress enough that we must keep up the pressure and our support for him. We cannot let Kano State win this war of attrition that they are waging upon us.”

Since his arrest, Humanists International has been supporting efforts to secure Bala’s release, including by raising £29,689.45 in funds. Thank you so much to all of you who have supported our fundraising efforts so far. We want to thank you on behalf of Mubarak and his family, and in the interest of openness and transparency, give you an idea of how your funds have contributed to the campaign to have him released.

This is all in addition to the support which Mubarak has received from our core staff time – which is not included in the restricted fund calculation. 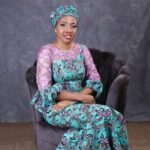 “I really want to thank Humanists International for your support and for not giving up on Mubarak. I’m really grateful for everything you have been doing. I see that the humanist community has not given up on Mubarak, that the struggle is still on, and that you are supporting us in any way possible”.

All that means that we have £5,243.14 remaining in the Mubarak Bala Legal fund, although we do expect that we will need to raise more. While we continue to be hopeful and fight for his release, the Kano State authorities appear to be doing all they can to hamper our efforts; there is a real likelihood that our fight will have to continue into next year. As Mubarak’s case continues through the courts in Kano, his safety and that of his lawyers is paramount. A large proportion of our budget will therefore cover the retention of security personnel.

Humanists International calls on help from the humanist community once again. Mubarak Bala needs our financial support to retain the services of a professional team of lawyers to continue defending him until he is free and safe. Even a small contribution goes a long way, please consider donating here.