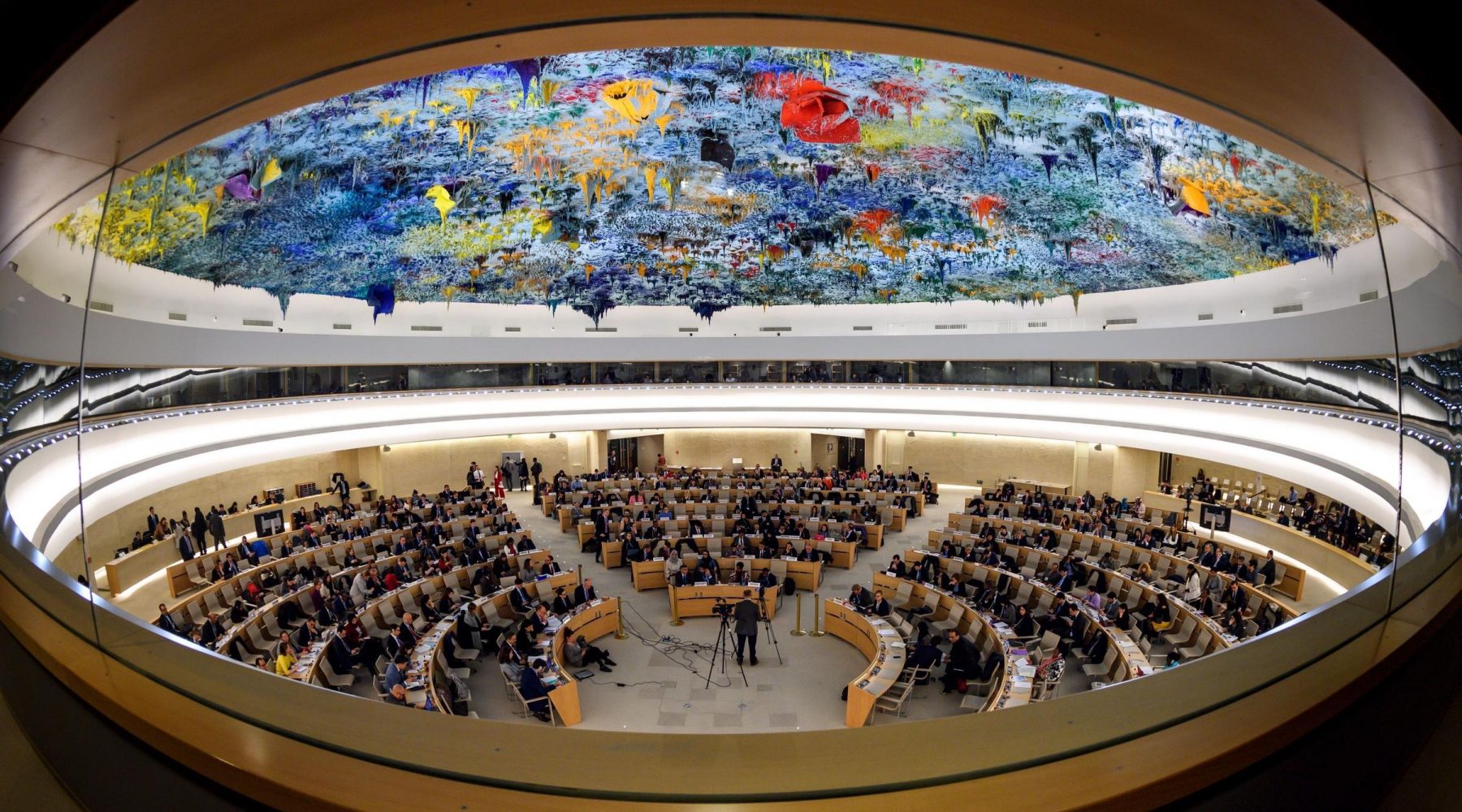 A prolonged engagement: the human rights council, its members and civil society

Following the 35th session of the UN Human Rights Council, our Director of Advocacy, Elizabeth O’Casey, reflects on the role of the Council in the global political context and argues for a continued need for the IHEU and international community to engage with it.

At the start of the June session of the Human Rights Council, Nicky Haley, the new US ambassador to the UN (there is no US ambassador to the Human Rights Council so far under the new government) gave a statement to the plenary. She said the US would continue to engage with the UN if reforms were made. She raised two notable problems the US has with the Council: too great a focus on Israel and sketchy members. 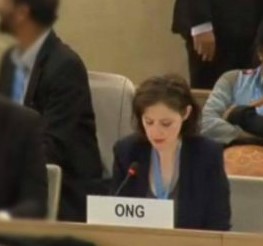 There was some relief in Geneva that the Ambassador came at all and said the US was willing to engage. But after the relief, reflection and reform must come. I hesitate to support calls from a Trump administration, but Haley raised valid concerns worth reflecting on and responding to.

On the Israel question I shall say very little. Only that there is a whole agenda item dedicated to the issue of Israel every Council. No other country merits, it seems, a specific standing item addressed every session. There is a worry that this is used by the bloc of Organisation of Islamic Cooperation (OIC) states as a distraction from their abuses as home and abroad (it strikes me that the Saudi – and that of all its supporters – action in Yemen might be worth an agenda item at the moment).

The point I want to concentrate on is Haley’s concern about Council membership, since I have heard IHEU members and the public express their disbelief at times about the composition of the Council’s members. It’s also one of the main issues that brings the Council’s reputation in to doubt, as well as its standing among civil society more broadly.

Some offer a solution  whereby we exclude those countries that systematically abuse human rights at home.  Which would lead, it might be imagined, to forming the sort of body touted by liberal internationalists – and indeed McCain during his 2008 presidential campaign. The problem with this idea is that you have to wonder how much change will come about via a body that does not engage with problematic states but instead merely tells them what to do. Short of intervention which never seems to be too effective in improving human rights, it’s unclear how this would work for real change. Looking at the EU (which, granted, is not a human rights community but does nevertheless have good human rights standards as a condition of membership) it’s unclear on its potential to either influence problematic states or indeed even its own members.

Of course the argument about problematic members may just call for an exclusion of particularly egregious human rights abusers, which I think could work. However, it is not always clear the defining or motivating parameters when seeking to put this in to practice… There are a number of states that are extremely poor when focusing on some areas, and then others spring to mind when looking at other human rights abuses. For example, where advances have been made in non-discrimination on the grounds of sexual orientation in states such as Malta, Ireland and some GRULAC states, there remain women and girls that die because of forced pregnancies and abortion refusal even in cases where the woman’s life is at risk in these same countries.

And whilst I think it might plausibly be argued that a country with an effective gender apartheid (i.e. Saudi Arabia) should clearly be rejected for membership, there is still the question of how do we help make the lives of Saudi women better? And does excluding Saudi serve this end? Moreover, is there not a similarly clear case to exclude countries with slavery (e.g. Mauritania), countries that use the death penalty on children (e.g. Iran) countries that punish atheism with death (of which there are 13), and the list goes on…

In sum, if we require genuine commitment to the protection and promotion of all human rights as a membership criteria we would have a very small and more ineffective Council. And whilst Saudi serves as a useful short hand to question the legitimacy of the Council’s work, I wonder if that criticism isn’t acknowledging the important role for multilateralism in the international system. I guess my question is: What is the  alternative and what comes out of not engaging? In other words: How does exclusion of certain states protect the very people we are seeking to defend and whose ignored rights we are using to question the system in the first place.

According to UN rules, a two-thirds majority of the General Assembly may suspend the membership rights of any Human Rights Council member engaged in “gross and systematic violations of human rights.” This power needs to be used forcefully and frequently where necessary.

It also worth remembering that the Council is not a body that can take criminal cases or punish perpetrators of crimes. Instead, it seeks to develop and progress international human rights standards whilst using the impartial assistance of the wonderful Office of the United Nations High Commissioner for Human Rights (OHCHR) and its ‘special procedures’ – namely the special rapporteurs (which include some of the best, most impartial and truly dedicated people in the UN system, and who are unpaid volunteers). These Rapporteurs generally view their roles as enablers and educators. There is no expectation of going into countries and saving people, instead they seek to provide knowledge to people within countries, to educate decision makers and interpret international human rights law in the context of changing times and specific country situations.

The effects of membership

It’s also worth bearing in mind the effect of the membership composition. there are of course resolutions, decisions on special enquiries and investigations all of which are affected by Council  membership greatly (since it is members who have a vote at the end of each session) but there are also other important  mechanisms not so affected.

The Universal Periodic Review (UPR) is one; it empowers civil society to highlight abuses in specific countries and is not just open to Council members, but all states. And there have been many excellent special rapporteur despite a hostile make-up of the Council; Ahmed Shaheed, Heiner Bielefeldt, Karima Bennoune, Maina Kinai, Frank la Rue, David Kaye and Michel Vorst, to name just a few.

There are also are couple of practical things to remember; firstly, that Saudi got re-elected on to the Council last year because the elections for the Asia block were non-competitive (there were four candidates for four seats, and Saudi got the fewest votes) and Russia did not (Hungary and Croatia beat it to the two seats available). Competition is important, both for the legitimacy of the council and for the composition of its membership.

Secondly, when voting matters, so too do the votes of countries that can be influenced by their populace. Saudi Arabia got on to the Commission on the Status of Women (CSW) earlier this year because states, including many democratic ones, put them there. Through press leaks, we know Belgium was one such state.

If the Belgian (or whoever) people insisted during election time that they would not vote for a government that defends its arms deals with Saudi or one that supports Saudi at the UN, then manifestos would change. In the end, if we want change for all, we need to start by using the precious influence we have at home – particularly if that home happens to be a powerful, rich, or diplomatically savvy nation. We have the right and responsibility stand up and say: No. No longer. Not in our name.

I believe things can change, and that this will happen if we mobilise and work together with a genuine concern for all, not just those like ourselves. If we ensure we have voices at all levels and coordinate those voices. And things do change, even with all the faults of the Council and the politicization around it; for instance on LGBTI rights where we have come forward decades in a short space of time.

Whatever one thinks of the UN, I hold that we need to continue to work within the system we have, whilst reforming it for the better. It is the only system that successfully engages all counties – even North Korea – and for a pragmatist that matters, and has positive implications for the lives of those in North Korea as well as the rest of us.

So I will continue to talk about Ashraf Fayadh, about Raif Badawi, about Taimoor Raza, about Mohammed Ould M’kheitir and other cases of concern from the floor of the UN whilst representatives of Saudi, Pakistan and Mauritania listen. I  will continue to raise cases with the UK, the US, France, Egypt, Qatar and others in its corridors. But I will also trust that those with a vote and influence at home will keep these cases in mind when next using it. Only when the pressure comes from all avenues might we get the change we so badly need.