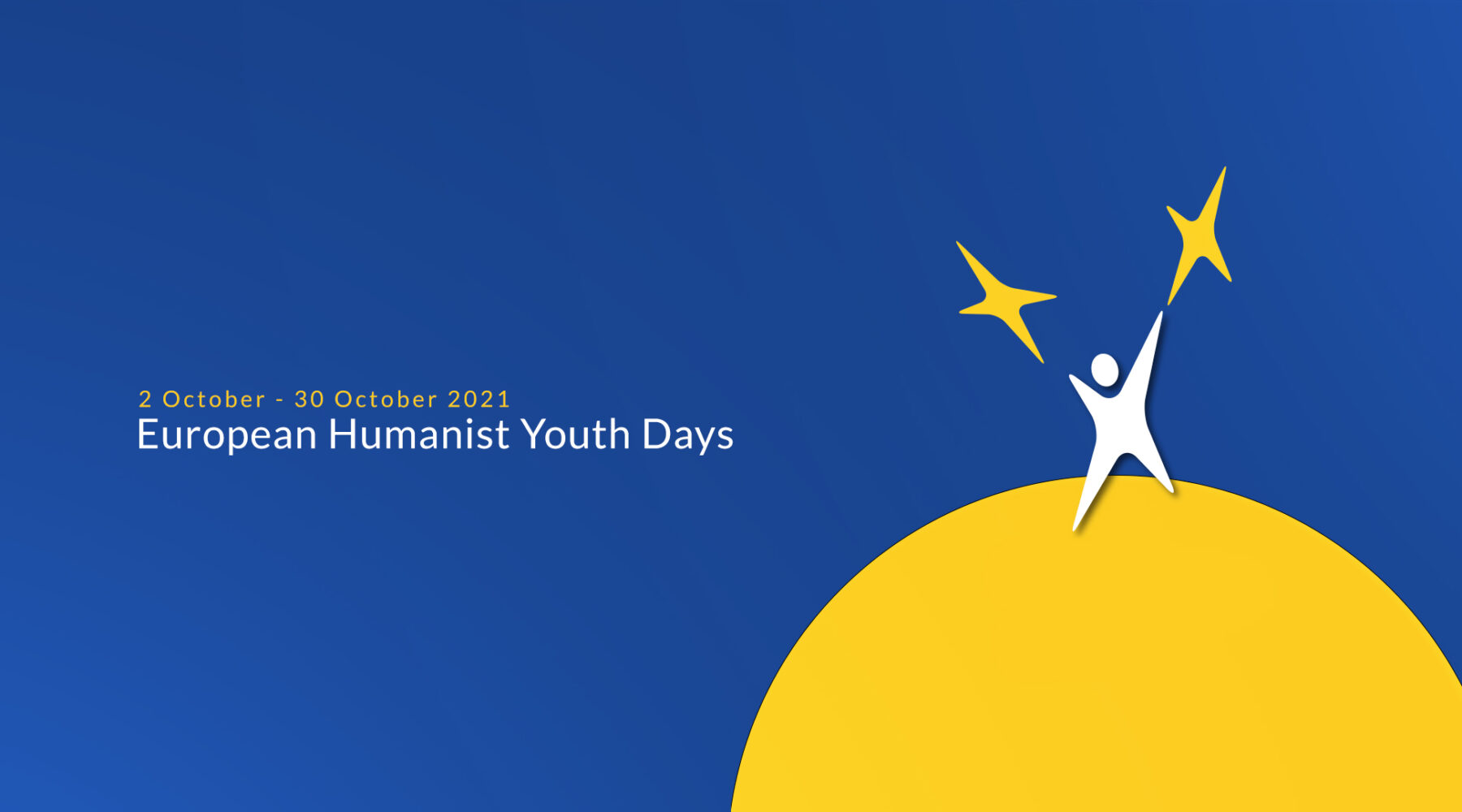 Isadora Lenaerts is a member of deMens.nu

The European Humanist Youth Days were organized this year by deMens.nu from Belgium. This edition, the European Humanist Youth Days (EHYD) looked a bit different than usual. Since it was uncertain whether we would be able to get young humanists from all over Europe together in Brussels, we looked for another solution. The EHYD did not last a week this year, but a whole month. In October, several lectures, workshops, and ateliers took place. The theme this year was solidarity, with a focus on minorities and solidarity.

It was not easy, but we managed to put together a nice program. The whole organization required some flexibility, but fortunately, we have been trained in that. Even in times when everyone was fed up with all the online activities, there were still committed young people who wanted to participate and cooperate.

In the virtual atelier Nationalism versus Humanism, young humanists formulated their views on the rise of nationalism. They pointed out where they think the dangers lie and what humanistic discourse they would like to see take its place.

There was a variety of workshops. In the workshop Morality, moral dilemmas, and moral injury in a military environment, we gained insight into the world of the military and learned that right or wrong does not always apply. There were workshops on European identity and how we relate to it, on LGBTQ+ rights in Europe. Some workshops were more active and combined movement and philosophy. Prison Break provided a unique insight into prison life in Belgium. Young people could send in questions via chat, which were then put to some prisoners in a panel discussion.

The EHYD were concluded at a closing event in Brussels. Here, Hind Eljadid talked about her book Kruimeldief that she made with her sister. She elaborated on her youth, the bond with her mother and sister, and how it shaped her. She also talked about her LGBTQ+ activism and which projects are still in the pipeline. Afterward, Bolis Pupul provided a musical highlight to end the intensive but very interesting month.