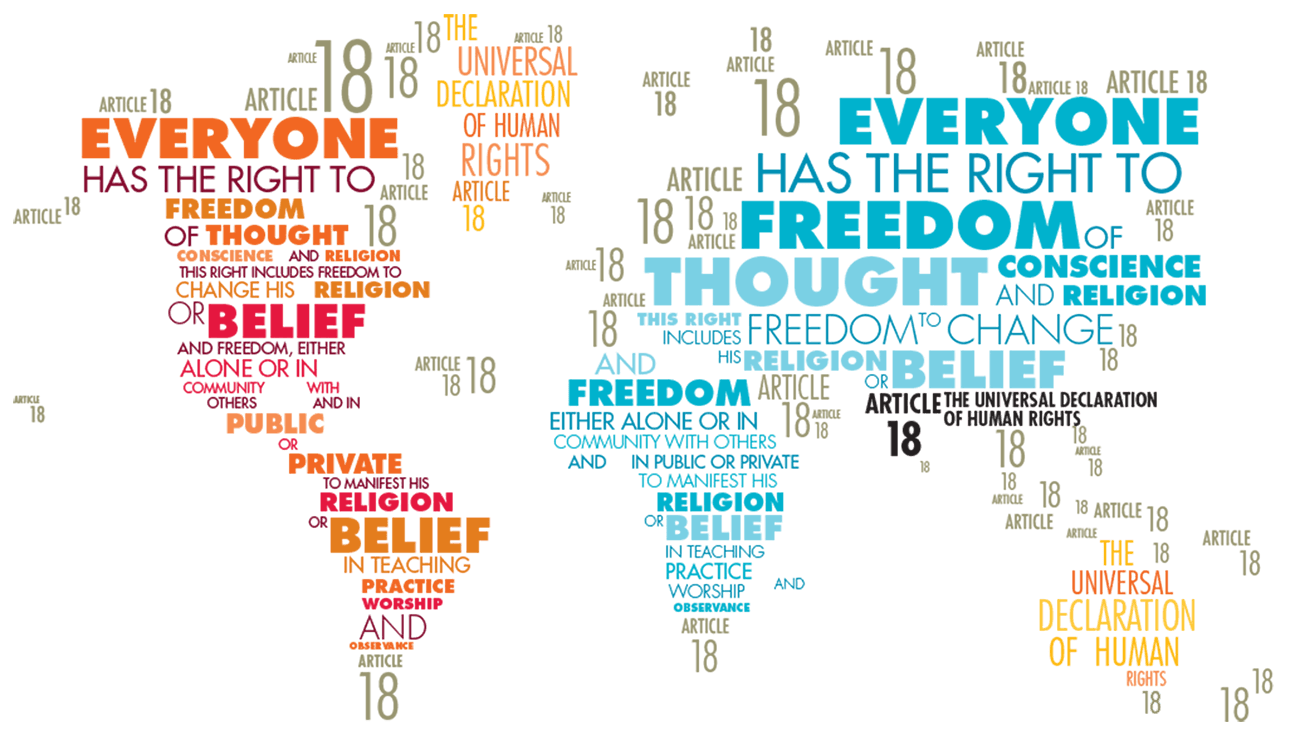 Free speech, a muted Council, and the dubious weapon of offence 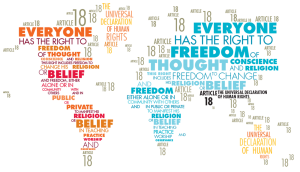 From the 30th session of the UN Human Rights Council, IHEU’s head of delegation, Elizabeth O’Casey, discusses some of the problems faced by civil society seeking to debate and promote freedom of expression in the context of religious belief.

The 30th session of the UN Human Rights Council opened this week with an eloquent and emotive statement by the UN High Commissioner for Human Rights, Zeid bin Ra’ad Al Hussein. In it, he surveyed some of the most egregious human rights violations across the world; he talked of the tragic life and death of Aylan Al Kurdi, commenting on how it reflected the experience of so many; he talked of his anger and exhaustion at the lack of resources available for a human rights system of accountability, and the denial of the civil and political rights of “peoples trapped between the pincers of ruthless extremists and governments fighting them.” He called on states to pledge to connect what they say at the UN to material action on all fronts, and to banish double standards and hypocrisy. He raised human rights violations in many states, including Syria, Yemen, Russia, China, Sudan, Eritrea, Iran, and the Maldives.

It was a thoughtful and strongly worded statement; but High Commissioner Zeid did omit completely any mention of freedom of religion or belief or the freedom of those individuals who seek to criticise, or indeed mock, religion. As a representative of an organisation interested in protecting and promoting human rights specifically in areas where they are threatened by traditional, cultural, or religious practices, I was hoping to hear a word on these fundamental barriers to human rights, and specifically in the tricky area of religion.

Given the gravity and plethora of cases the High Commissioner covered, it could be said that he just didn’t have time to acknowledge the issue, and that may well be the case, but it is still troubling – particularly in the context of a Council and mainstream dominant human rights organisations who are relatively muted on the topic also. This comes in the same year of Charlie Hebdo and Copenhagen killings which need to be better discussed and aired in more dispassionate human rights terms, not surrounded by a fearful silence. Indeed during the informal discussions of a US sponsored a draft resolution on “freedom of artistic expression” last session (which was subsequently withdrawn), I don’t believe the word ‘cartoon’ was mentioned once. This diplomatic tiptoeing is completely understandable in the context of a Council trying to maintain a delicate consensus on freedom of religion or belief through resolution 16/18, but for secular and humanist advocates it can sometimes be frustrating.

Frustrating particularly when you know people on the current Islamists’ hit list in Bangladesh because of their atheism or criticism of religion, or when you have a first hand account of the terrible suffering in solitary confinement of a courageous Mauritanian writer who dared to critique the role of religion in the continuation of the practice of slavery in the country.

In Bangladesh (incidentally, a member of the Human Rights Council) atheist and humanist bloggers seeking to express their criticism of political Islam face continuing endangerment by Islamists of their lives and freedoms. The premeditated brutal attacks against them continue and state authorities seem unable or unwilling to prevent them. Not only that, but the government’s response has been to reaffirm that blasphemy is not allowed within the legal framework of Bangladesh and to distance itself from the victims’ families.

In Mauritania, Mohamed Cheikh Ould M’Kaitir remains on death row, with close family isolated and shunned by society, because he challenged the social order of slavery in the country by arguing that the religious interpretation used in today’s Islamic teachings perpetuates the practice. The right to free thought and freedom from slavery are peremptory norms of international law, and core to underpinning any definition of human dignity. M’Kaitir’s case represents the cruel intersection between the denial of the rights to freedom of belief and expression and the issue of slavery in Mauritania, and shows the close alliance between the political establishment, the owners of slaves and the religious clergy, which is a key component in the endurance of slavery there. There has been international silence on his plight however.

Notably, the narrative that has been used by many to frame these cases – as with most cases involving people seeking to exercise their right to free expression in relation to religious ideas – is that free expression that offends and rejection of religion are inherently divisive and contribute to causing violence (in other words, the idea that atheists or those criticising religion are kind of asking for it, aren’t they?) Not only is this narrative morally corrupt insofar as it seeks to redistribute blame from the perpetrators to those exercising their human right to free speech – indeed those seeking progress through questioning and rational scrutiny of ideas and beliefs – but it is also wrong: the right to free expression is essential in countering such violence, and the right to critique religious ideas is a central part of such free expression.

Free speech not only ensures debate, showing-up harmful and erroneous views, it echoes the right to freedom of belief in that it respects human beings by allowing them to air their views, but does not automatically ensure a respect for such views.

Grounded in an inherent trust of people as agents who can challenge each other and foster progress, free expression is central to our humanity and dignity; to stifle it, is to belittle and patronise.

This squeamishness about freedom of expression in the religious and cultural context is noteworthy; for freedom means nothing if it is not relevant in areas we feel uncomfortable with or risk offending. We need the UN High Commissioner to speak out categorically, as he does on all other issues, in defence of the right to criticise and offend. We need mainstream human rights groups to do the same.

The relatively muted reaction that comes from too many quarters when it comes to the inevitably tricky intersection between religion / culture and human rights is understanding, but also deeply problematic. The personal nature of religious belief can lead to offence easily, and when States try to legislate against this subjective and mutable notion of ‘offense’ to curtail free expression we face real issues; such legislation tends to rely upon an abusive invocation of public morality with specific regard to religion. Imbuing religious belief with a particular sensitivity to being offended, the weapon of taking offense effectively acts to shut down free speech, partly because it is difficult to challenge a response that is so subjective by nature.

The Bangladeshi bloggers and M’Kaitir are courageous people and risk more than most of us would ever dream of to pursue a platform of reason, enquiry and progress – indeed, a platform upon which the human rights discourse has been built and relies. They question and challenge us in our assumptions, faith and our ignorance. They challenge us to be better people, and at the moment we are failing them.

Incidentally, we should also see these cases in the context of renewed interest by some in international institutions, such as the Inter-Parliamentary Union and at the Advisory Committee of the Human Rights Council, in the notion of defamation as a potential tool to silence those seeking to reject or criticise religious beliefs. This interest draws on an unfortunate history of deeply pernicious resolutions at the Council targeting free speech, upon which the IHEU did much to lobby against.