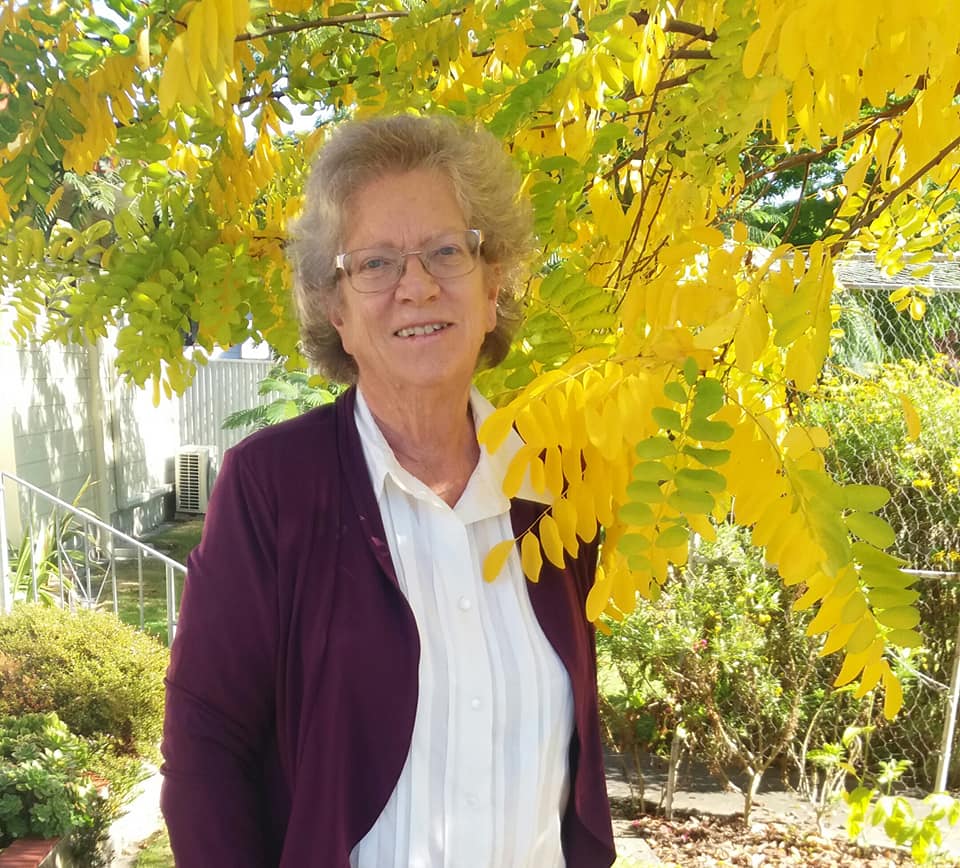 Gaylene Middleton from New Zealand: “We are fortunate because we don’t need help. Let’s rather help the international community”

Humanists International: Hi Gaylene, thank you for accepting our invitation. How is the situation in New Zealand?

Gaylene: In mid-March, the government advised people to take preventative measures to stop the spread of Covid-19. On 23 March, following a single case that could not be directly linked to an overseas source, Prime Minister Jacinda Adern announced that the country would go into partial lockdown in preparation for a full lockdown for four weeks beginning Wednesday 25 March. On 20 April, a decision was made to partially relax the lockdown from 28 April for 2 weeks with a further review due on 11 May. As of 27 April, New Zealand has 1122 cases and 19 deaths. 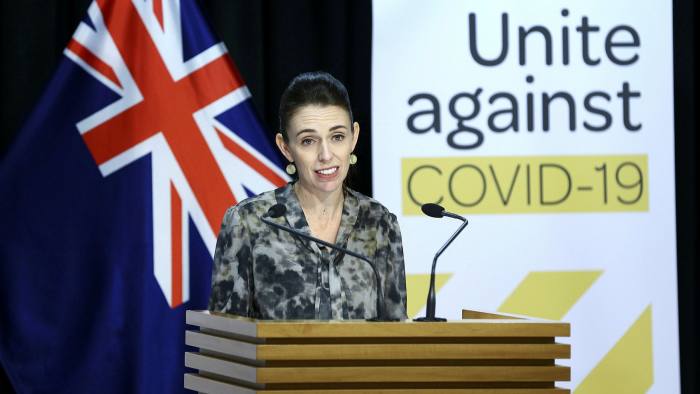 On the 25 March Prime Minister Jacinda Ardern declared a state of emergency and suspended parliament. Before suspending parliament, a special parliamentary committee with powers to subpoena cabinet ministers and government officials, chaired by the leader of the opposition and with a majority of opposition members was set up to scrutinise the actions of the government. This committee has met regularly using Zoom.

The NZ government announced a range of economic packages for businesses and increased benefit entitlements for those on welfare. A daily press briefing is held with the Prime Minister and Director General of Health or other cabinet ministers and senior government officials. New Zealanders have been well informed of daily numbers of Covid-19 cases, deaths, recovery, clusters, and testing statistics. Lockdown criteria have been clarified at these briefings. Signing was available for the deaf.

There is good media coverage of the present effects of the Covid-19 pandemic on the community and discussion of future scenarios. There is a wide range of opinion, from the opinion that the economy must be opened up above all else, to that of economist Shamubeel Eaqub who has said: “From a human perspective, I do not want my government to put the people of NZ at risk. The economy doesn’t matter.” Sunday, April 19, 2020

How has the crisis affected your organization and the individuals within it? 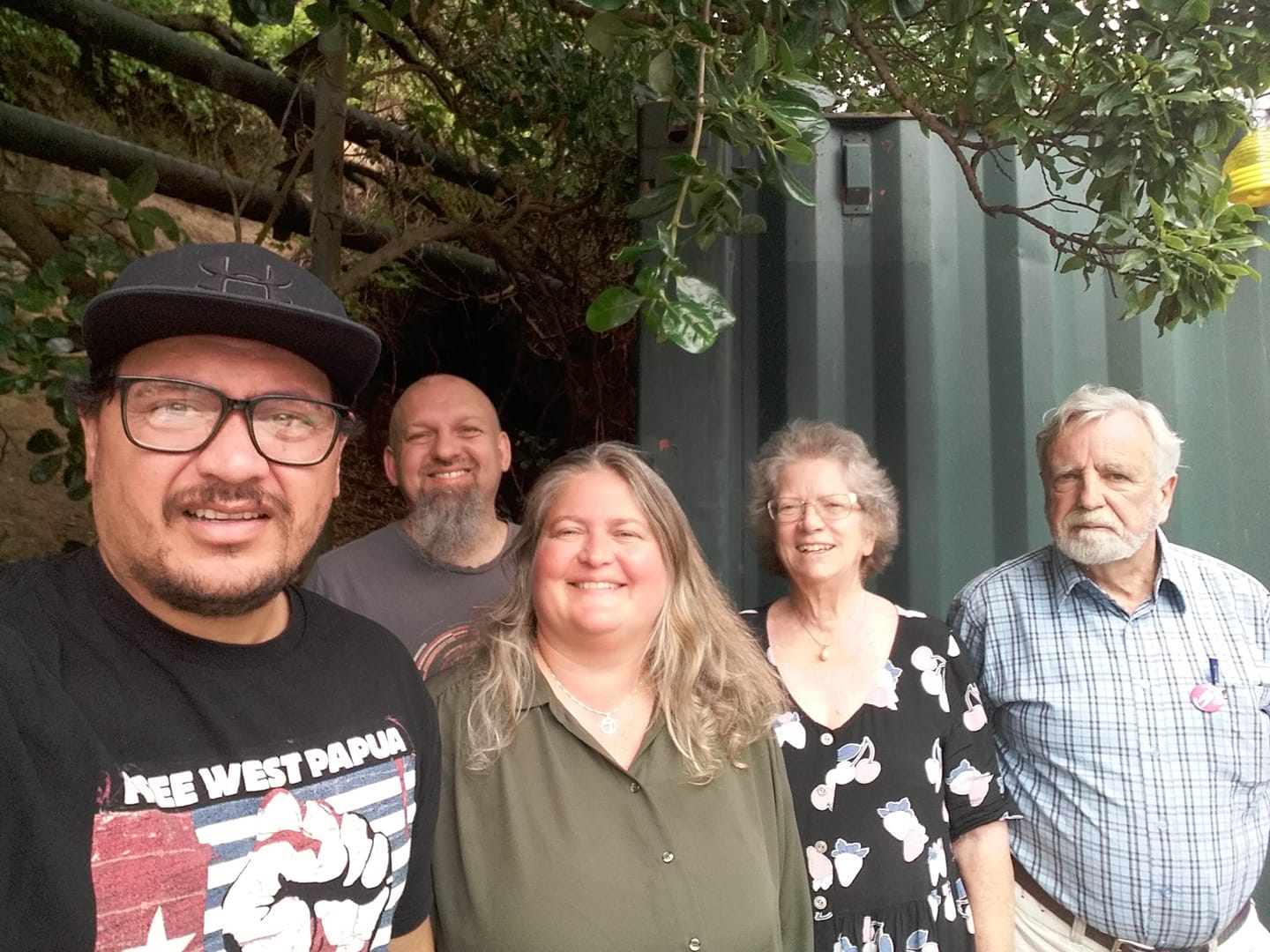 Gaylene and other members of Humanists New Zealand in January 2020 together with Kirstine Kaern, Vice-President of the Danish Humanist Society who last year travelled around the world to interview humanist activists for her podcast Babelfish

Our Humanists New Zealand committee is a volunteer group and members are looking after their families, dealing with working from home, and the other constraints of lockdown. We have seen a creative effort from one committee member who sent out some thought experiments around the upcoming issue of Hate Speech laws in New Zealand.

A Facebook reader asked if any online meetings were planned. With the lockdown, we have been unable to meet in person and have found some things difficult to coordinate. Though Humanists New Zealand was able to speak to a select committee on our submission on Religious Instruction in New Zealand schools (part of a wider review of several Education Acts), before the lockdown, submissions by others concerned with this issue have been done by video link.

Another humanist approached us asking if we would publish a short piece on Humanism and Pandemics which was included in our April newsletter. Some members with important and critical meetings have had them postponed indefinitely. One of our committee members is very busy with another volunteer organization that deals with housing for women. Self-isolation issues for the women they are helping and housing finance issues have taken up considerable time.

How is your organization responding to the crisis?

We took up the request for an online meeting. It was successful and we will use an online platform for our May meeting. We put a notice on our Facebook page in the first days of lockdown asking members feeling isolated to make contact so we could contact them by phone. However, we have received no requests. We have posted articles on national and international news regarding the pandemic on Facebook. It is difficult to know how some older humanists are faring as many of our members and supporters are separated by large geographical distances and some of our oldest members do not use the internet. We have sent out a mid-month email to inform our supporters of the Humanist International Small Coviod-19 Relief fund and also the appeals organised by the Atheist & Agnostic Alliance Pakistan and the Atheists of Kenya Society. 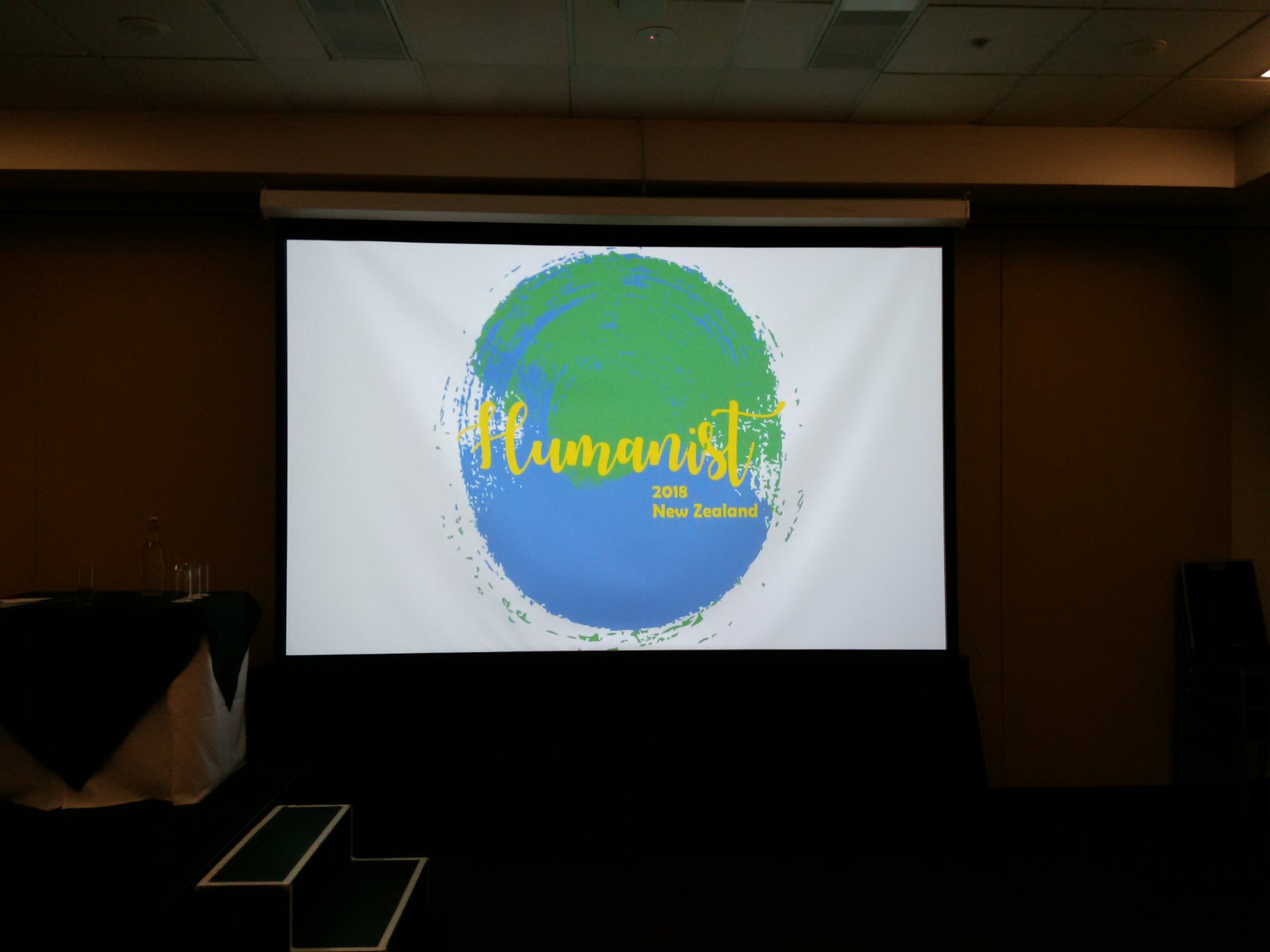 Humanists New Zeland hosted the 2018 General Assembly of Humanists International, held in Auckland from 3 to 5 August 2018

A principle of Humanism is to achieve the greatest good for the greatest number of people without sacrificing individuals or minorities. Approaching this emergency as responsible citizens is important and following government instructions to achieve the greatest good is essential. New Zealand is an isolated island nation with a Government that has acted decisively and early with an extensive lockdown. We are fortunate. New Zealand has a government that follows the advice of competent scientists so we have not had to question the actions of our government.

Other humanist principles to value are kindness, integrity, and rational thought based on evidence-based science. Compassion is essential as economics with a human face must develop as our economy has been severely impacted and there will be increased unemployment and resulting poverty. Attention to our natural environment and our fellow insects, fish, birds and the animal Kingdom is also important.

New Zealanders are fortunate. The question is rather: “ How can we help the international community?” However, New Zealand is very far from the rest of the world and has become very isolated with international travel suspended. Only New Zealander citizens are allowed to enter the country and require a fortnight of monitored quarantine on arrival. Perhaps Zoom meetings can help us keep in touch, at least until a vaccine is developed and international travel resumes.

In Māori language the expression “kia kaha” means “stay strong”. My “kia kaha” for all humanists around the world is the following: we can make a difference by promoting human communities of inclusiveness; we can build a world where we look out for each other while promoting the greater good for all individuals and communities; we can inspire our young people to forge a future based on the principles of humanism.

Thanks, Gaylene! And please stay safe!

Thanks a lot for this chat, Giovanni!