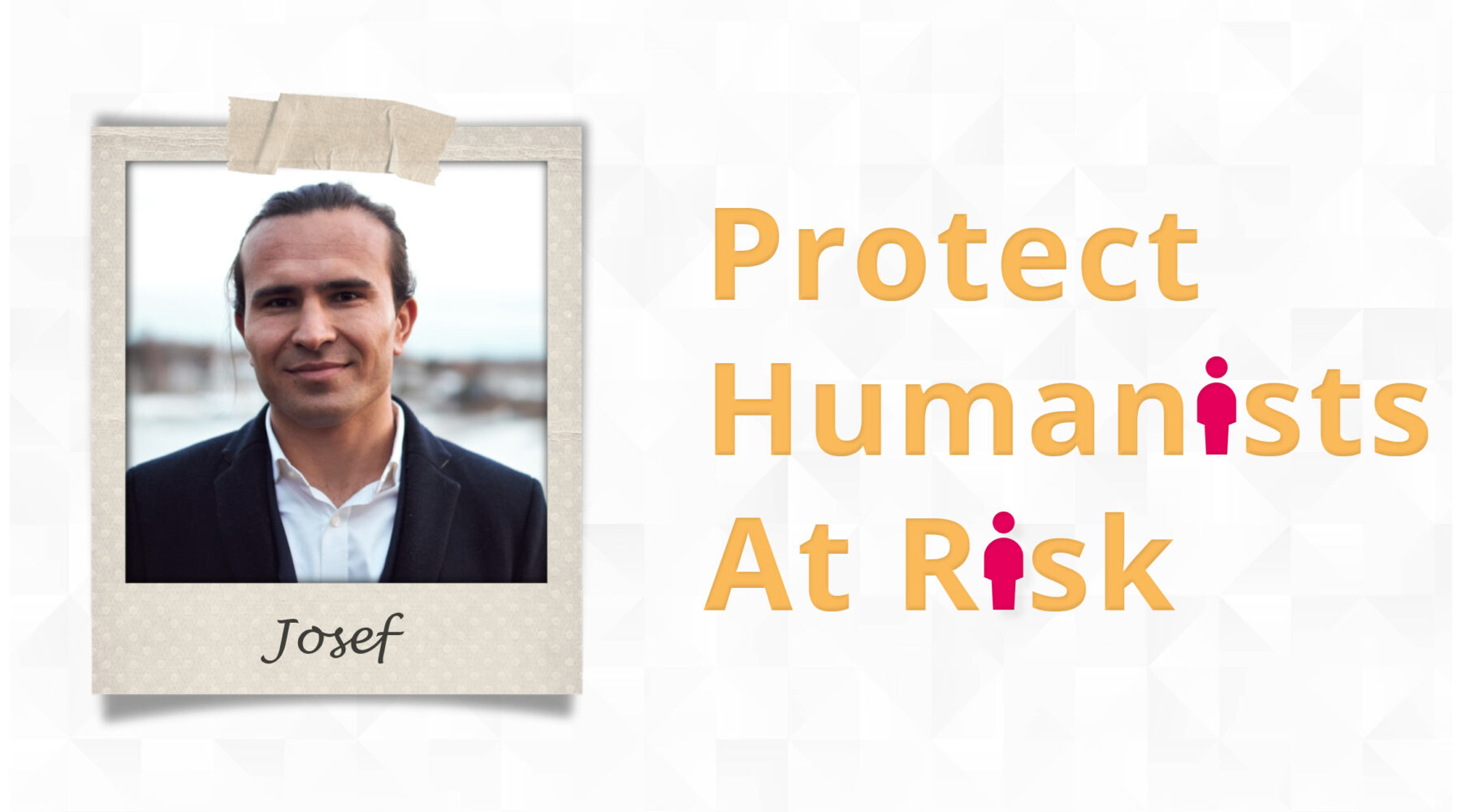 Meet Josef Moradi, the Afghan atheist who fled to Norway to find freedom

Joseph Moradi is an Afghan atheist and humanist who was finally granted asylum in Norway in January 2021 after a six year process. Humanists International and the Norwegian Humanist Association played a pivotal role. Today, we publish an interview with Josef conducted by Ina Mossin, the International Advisor for the Norwegian Humanist Association. 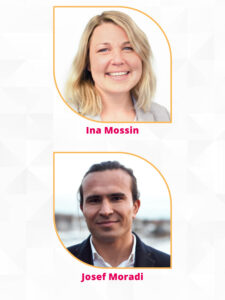 Ina Mossin: So nice to talk to you Joseph, I’m glad you agreed to have this interview. Your story is already quite well known among the Norwegian humanist community, but I think it could be useful for the Internet or the international audience if we spend a little bit of time at the beginning to talk about you and your background. Tell us a little bit about what it was like growing up in Afghanistan.

Josef Moradi: Growing up in Afghanistan was very difficult in the sense that people lived very back in time. Religion played a very central role in their everyday life. People basically lived every day just to go to the mosque. I thought everybody in the world was basically Muslims and that there were only Muslims, and that was it.

Then I started criticising a lot of the way things were practised [by religious groups]. I did not directly criticise Islam itself, but I did criticise a lot of the ways Taliban operated, attacking and killing civilians. I thought that this was not right.

At that age, doing that was a very big mistake, in a way, because they ended up punishing me for that. That’s why at the age of 17 I had to flee to Iran.

I started questioning everything in my mind, but of course I had to hold everything inside. I knew that even questioning or saying a word about Islam would have caused me problems. And that’s probably the reason why in Islam there are all these problems.

All these problems were just hammering in my mind all the time. I was very afraid that people would read my mind. At the time, of course, I had to continue praying the way I always did because that’s part of everyday life in Iran. If you don’t go to a mosque you have to give an explanation to people.

When I was in Iran, I didn’t know anything about Christianity or about atheism, or any other religion. I basically didn’t know anything. I just heard that there are people who don’t believe in God, and with the eyes of a teenager I thought: “that’s weird!”

Ina: So how central was your atheism? What role did it play in forcing you to leave the country?

Josef: Well, first of all, it’s impossible to be an atheist or a freethinker in Afghanistan or in Iran. There’s only one option: you don’t do anything with your atheism, you just forget it, you just continue to do what you normally do: you go to mosque, you pray and everything.

Otherwise, if you make even just a small move which goes against the values of Islam, you have no more chance of living there.

I remember at some point I did not believe in anything. It was very difficult, I felt suddenly empty of everything.

I didn’t know how to live my life basically, but I had to go on. There was like this empty void that I had to fill with something. I needed to learn how to live without religion.

Ina: You arrived in Norway as an asylum seeker back in 2015. I guess it was a huge relief being able to be open about your humanist lifestance?

Josef: In a way yes, it was a huge relief, but it was also a very big deal. The freedom that I had at that time was probably the biggest freedom I had ever had in my life.

But at the same time, you must remember that I was living with hundreds of other refugees in the camp. They would pray at the mosque or in different parts of the building. I still had flashbacks of my past, and I was trying to escape from the camp and to go out. I was doing whatever I could to not be there.

For the first five months it was not bad. Then I got transferred to Oslo and that was basically the best time I ever had. There were a lot of possibilities and I found a lot of friends. But then, after three months, my asylum application was rejected.

At that time I thought: “Wow, that was fast.” The rejection of the application said: “We believe you’re an atheist. We believe that you don’t believe in God, but if you go to a big city like Kabul, no one would know that you are an atheist unless you tell them. If people ask you, don’t say anything, or just say that you are Muslim.

Ina: Basically the authorities asked you to remain silent about your humanist lifestance after returning to Afghanistan.

Josef: Exactly, basically I have to pretend to be somebody else, in a country from which I tried to escape for almost half of my life! They told me to basically go back to Afghanistan and just pretend I was a Muslim. I didn’t know a lot about democracy and the Western culture, but I thought that this was impossible! Because freedom of speech is one of the most precious things in the Western countries.

Ina: So tell me more about the appeal process, because after the decision of the Norwegian immigration authorities to not give you asylum, you appealed in court, right?

Josef: After three weeks I appealed to the District Court in Oslo. I think that was the most disappointing part of the whole process. But, in the end, this actually motivated me to fight, you know.

The court sent the case to the highest Immigration Appeals Court. There were three judges and four co-judges. Then I finally got the asylum there. It was in January this year.

I owe everything that I have today actually to the people and to the friends that supported me. Otherwise I would have been deported a long time ago.

The Norwegian Humanist Association has closely followed Moradi’s case, and sought to support him through the process and by lobbying the Norwegian authorities to amend their guidelines to include an appreciation of the dangers that the non-religious and so-called “apostates” face. The Norwegian Humanist Association also awarded Josef was with the Humanist Award (Humanistprisen) in 2019, which raised the public profile of Josef’s case. Prior to his final appeal hearing, Humanists International submitted a background paper on the situation for atheists in Afghanistan and the rights of the non-religious under international law.

The Norwegian Humanist Association’s advocacy with the government was successful and has led to tangible policy change that sees the Ministry of Justice equating the asylum seekers who are atheists / non-believers with  those who apply for asylum on the basis of conversion.

In December 2020, new guidelines were issued by the Ministry of Justice for the processing of asylum cases, stating fears of persecution on the basis of religion. The guidelines emphasize that atheists or non-believers, people who have left the religion, should be treated equally with those who have converted to another faith.

In addition, Landinfo – an independent body within the Norwegian Ministry of Justice and Public Security that is responsible for collecting, analysing and presenting country of origin information to the immigration authorities for use in the determination of asylum applications – released a new report (available in Norwegian here) examining the situation of atheists, non-believers and people accused of blasphemous actions in Afghanistan. The report cites, among other things, the Freedom of Thought Report, which documents the human rights situation of atheists, humanists and non-believers worldwide. The new report will have implications for the assessment of all subsequent applications for asylum made by atheists from Afghanistan. 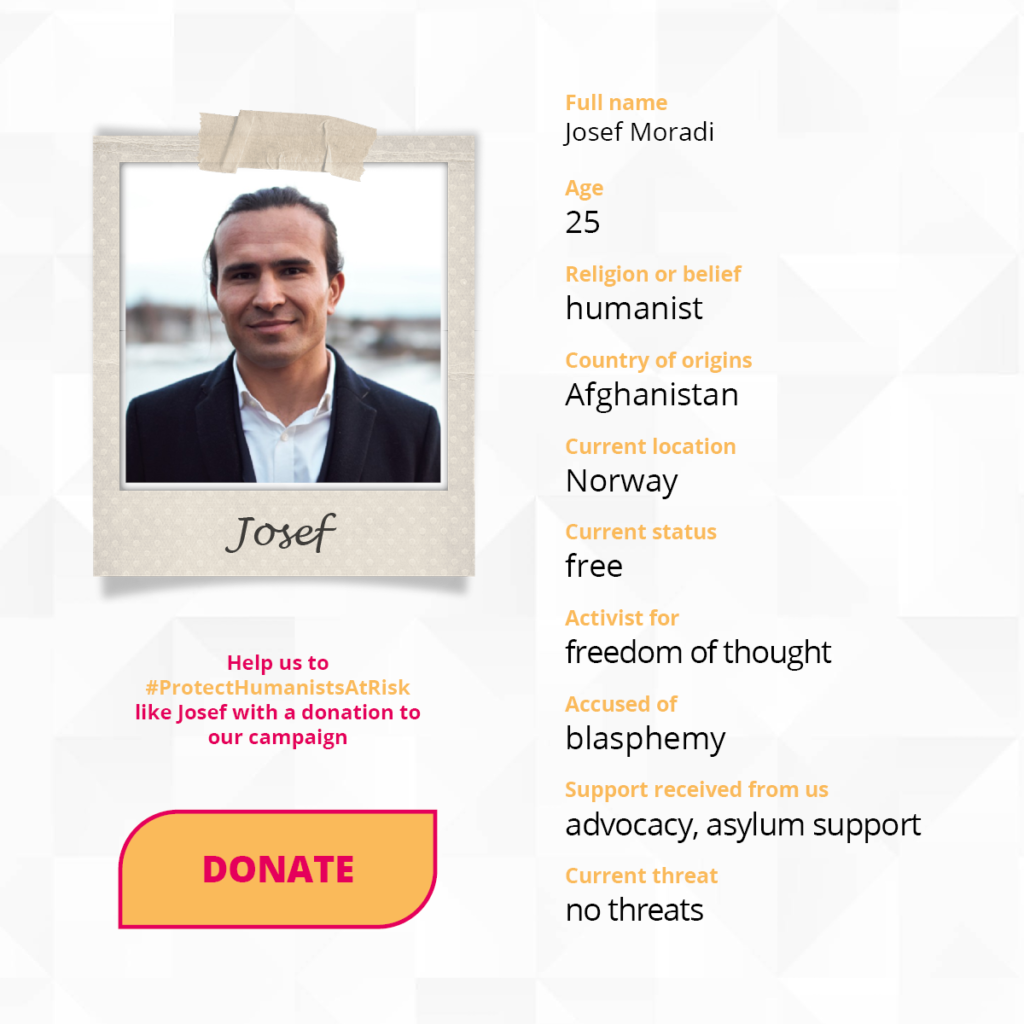