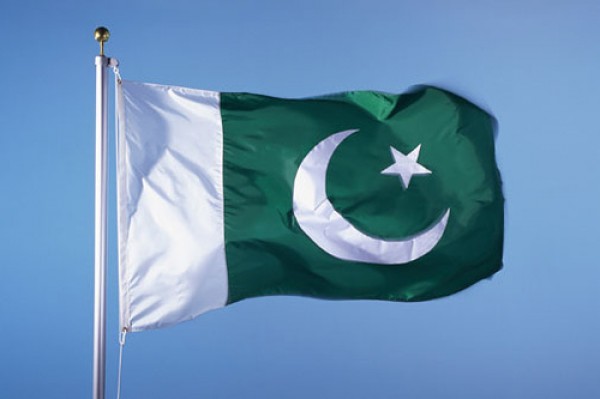 Pakistan: religious terrorist groups receive support, while voices of dissent are under attack

Pakistan is under pressure from the international community, not only for undermining freedom of religion or belief, but also for the apparent support and legitimacy it provides for terrorist groups through some political figures and groups.

On December 11, US Secretary of State Mike Pompeo announced that the United States had designated Pakistan as a “country of particular concern” for engaging in or tolerating “systematic, ongoing, [and] egregious” religious freedom violations. It may be a welcome step toward recognizing the severity of issues faced by religion or belief minorities in the country, however, Pakistan does not seem to have either the policy focus or the will to change its standing in international community when it comes to religion or belief.

Signals under the new government have been decidedly mixed. On the one hand Asia Bibi was acquitted by the Supreme Court and far-right Islamist leader Khadim Hussain Rizvi was arrested (taken into “protective custody”) after calling for further disruptive mass-protests that have claimed several lives. But even while the courts may have (after far too long) quashed one high profile blasphemy conviction, and the government has been robust in trying to deter mass protests by Islamist parties, the same government still also defends the principle of ‘blasphemy’ laws and political Islam generally, and furthermore has been facilitating the political mainstreaming of the terrorist organizations, who enjoy a high degree of political freedom even when they are inciting hatred and advocating extremism.

This week (16 December 2018), Al-Badr Mujahideen, an Islamic militant group which was allegedly spun-off and supported by the Pakistani Inter-Services Intelligence (ISI) itself, organized a grand Jalsa (rally) in Lower Dir, Khyber-Pakhtunkhwa Province. Speeches were made on the importance of Jihad, in the sense of violent struggle, and martyrdom. Participants were encouraged to pledge their allegiance in support of Jihad. Al-Badar is banned in India, and has been listed by the US State Department as a terrorist organisation since 2005. Despite this status, a Headmaster of a government Middle School, Dr. Mushtaq Ahmad, felt free to speak on Jihadist ideology to the participants, as did a former Member of the Provincial Assembly, Aziz Mulak Afkari, of Islamist Political Party Jamaat-e-Islami. When teachers and politicians feel free to support violent extremism, our children’s future and the nation itself are clearly in dangerous hands.

Below: stills from a video of the rally; in the background a song praising Jihad, the Prophet Muhammad and Martyrdom.

The Interior Minister of Pakistan Sheheryar Afridi had a meeting with officials of Milli Muslim League committing full support to them during the PTI (Pakistan Tehreek Insaaf Political Party) term, calling it as their faith and encouraged them to join the Parliament. (He says: “Not only Hafiz Saeed but anyone who stands for truth (Islam) for Pakistan will receive support from us…”)

Has anyone told our state minister that this strategy doesn’t work? pic.twitter.com/PHZsbu7AOK

Milli Muslim League is the political front of banned terrorist outfit Lashkar-e-Tayyeba (LeT) which is actively engaged in sectarian violence in Pakistan. LeT established the Milli Muslim League (MML) in August 2017, even applying for registration to the Election Commission of Pakistan. The application as rejected based on its link to Laskhkar-e-Tayyebato and to Hafiz Saeed, a recognized terrorist leader. Milli Muslim League is also in the US State Department list of terrorists. The US Department of the Treasury’s Office of Foreign Assets Control (OFAC) has designated MML and seven MML officials as Specially Designated Global Terrorists (SDGTs) pursuant to Executive Order (E.O.) 13224, which targets terrorists and those providing support to terrorists or acts of terrorism.

Crackdown on protesters, while terrorists are free

Supporting terrorist organizations has not only led to regional instability but also had a huge toll on the lives of Pakistani Citizens. A huge civic rights movement has been calling for investigations into alleged war crimes committed in tribal areas during military operations, pointing out the role of Pakistan military in supporting terrorists within tribal areas. But activists face illegal crackdowns and detentions, with several leaders being been put on the Exit Control List on the directions of ISI (Inter-Sevice Intelligence Agency) of Pakistan.

In February this year, Pakistan was put on the Financial Action Task Force grey-list of countries deemed “non-cooperative” with regard to money-laundering and the funding of terrorist organizations. But in June 2018, just before elections, Pakistan lifted the ban on Ahl-e-Sunnat Wal Jamaat (ASWJ), despite being listed as a terrorist outfit by the UK and India, and banned by NACTA (the National Counter Terrorism Authority of Pakistan). ASWJ fielded several candidates in the General Elections 2018, and religious parties won 4.67 million votes contesting National Assembly seats across the country.

While the terrorist outfits are free to mobilise, fundraise and organise, civic rights activists and voices of dissent are under attack by the State.

Pakistan must stop political mainstreaming and supporting elements which destabilise society and lead to terrorism and intolerance. There might be short-term, small gains in supporting such elements, for example to win over Islamist-leaning voters or to ameliorate groups threatening mass protest or violence. But the long-term consequence is that the country has to pay back a huge cost, in terms of security needed, development costs, and human lives destroyed.