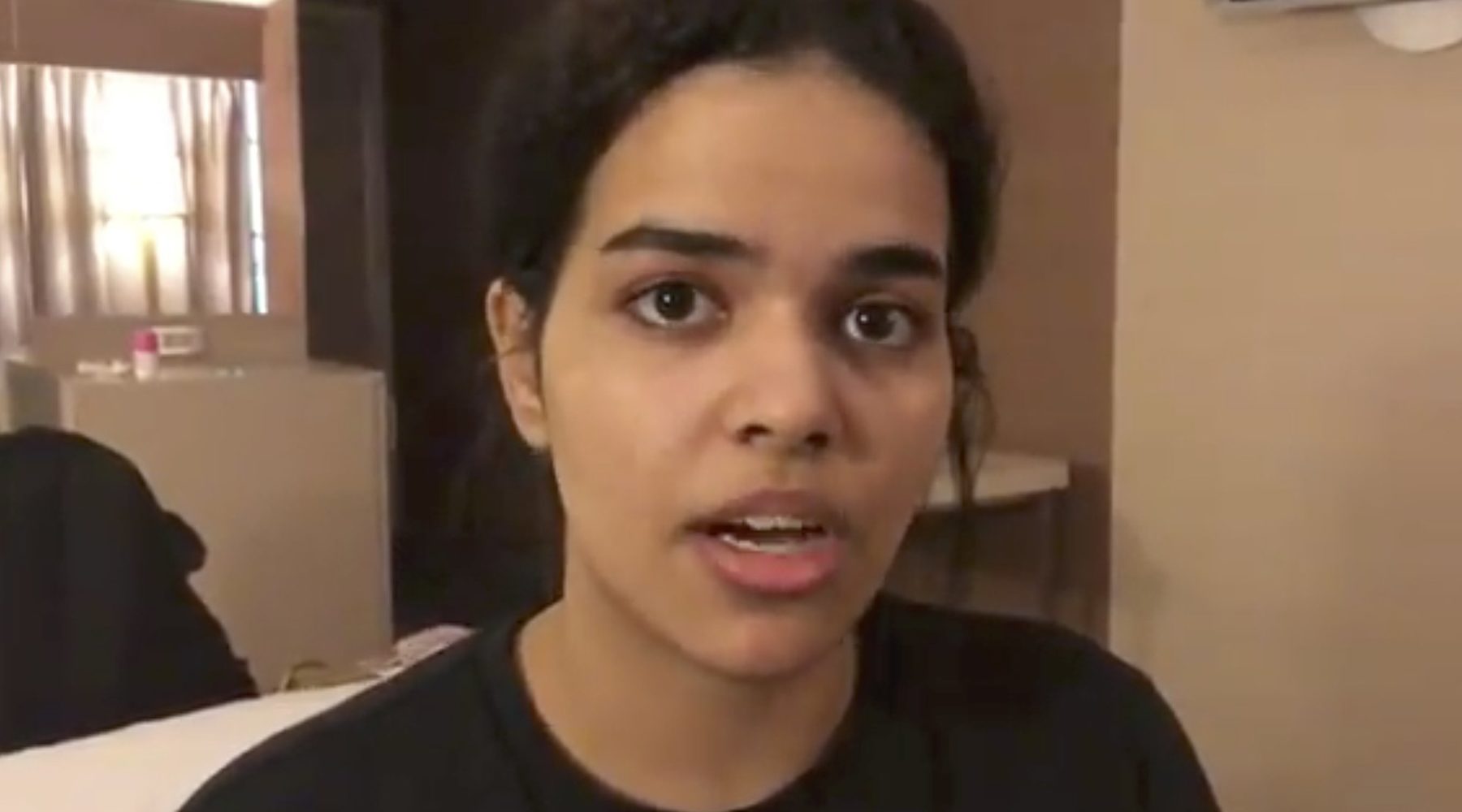 Rahaf al-Qunun is singular in her courage and tenacity. Yet she is not the first and will not be the last woman to attempt to flee sexual apartheid under Islamic regimes.

Rahaf Mohammed al-Qunun raised global attention in January as she barricaded herself in a hotel room in Thailand. She had escaped Saudi Arabia to seek asylum abroad, citing the threat of familial violence and the fact she has “renounced Islam” in a country where so-called ‘apostasy’ is a crime carrying a death sentence.

Already, Rahaf has won refugee status from the United Nations refugee agency, and delivered a rallying cry to the world: “Don’t let anyone break your wings, you’re free. fight and get your RIGHTS!”

But it’s not the first time that women have been forced to flee from allegedly abusive families under regimes which fail to protect their basic rights and freedoms. There are a number of previous, haunting cases of women being forced to flee countries such as the United Arab Emirates (UAE) and Saudi Arabia, only to be forcefully kidnapped, detained, tortured, and even threatened with death. And these are just some of the high-profile such cases.

In April 2017, Dina Ali Lasloom, a Saudi Arabian woman, attempted to flee an arranged marriage and leave her family in Kuwait to seek asylum in Australia. But she was stopped at the airport in the Philippines by customs officials who seized her passport and prevented her from boarding her connecting flight, because her uncles — supposedly empowered by Saudi guardianship laws — were on their way to take her back to Saudi Arabia. The guardianship laws derive from the interpretation of Islamic law in Saudi Arabia by the clerical elite, where women are required to get the permission of a male relative if they want to do a number of things, including get a passport, travel abroad or marry.

Lasloom was deported back to Saudi Arabia, where upon arrival was taken to a women’s detention centre in Riyadh. Moudi Aljohani, a prominent Saudi feminist, describes the detention centre to be much like a prison. Aljohani explains that “women don’t go out but they do have access to education. And we know of women who have committed suicide in those confined imprisonment”. However, according to both Human Rights Watch and Amnesty International, Lasloom is believed to have been moved from the detention centre to a women’s shelter with better conditions where women are moved to if they can prove that they are in danger at home, much like in Lasloom’s case where she was threatened with violence and death for attempting to flee.

Just a few weeks after Lasloom was deported back to Saudi Arabia, in May 2017 sisters Areej and Ashwaq al-Harby also attempted to flee from Saudi Arabia to Turkey. The sisters said that they were being physically abused by their family and being forced to live as prisoners in their own homes. However, Turkish authorities detained the women after their family placed a request through the Saudi embassy to deport them. The media has been silent since then on the fate of the sisters following their deportation back to Saudi Arabia.

Even coming from a ‘privileged’ or ‘royal’ family does little to compensate for the disadvantage of being a woman under such a regime. 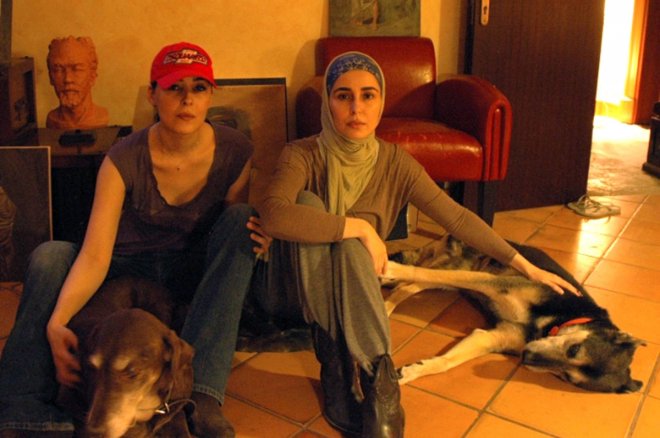 In May 2014, Sahar and Jawaher Abdullah, daughters of the Saudi Arabian King Abdullah bin Abdulaziz, announced on social media that they were being imprisoned in their own home by their father.

The sisters reported that they had been starved for 60 days, along with having no water or electricity for weeks after they went public about their 13-year confinement within a royal compound in Jeddah.

In their announcement they explained that “it’s a horrible situation, it’s a forced famine basically. They are confining us, depriving us of food and water, freedom and rights. We are struggling, we are surviving, we are resisting, we are trying our best to stay alive.” The Saudi government deny that the women are being held captive and that they are able to move freely around Jeddah when accompanied by bodyguards, with the late King Abdullah stating that “this is a private matter”. Though, in an interview Sahar and Jawaher’s mother, Alanoud Al-Fayez, stated that the then-king’s treatment of his daughters had worsened since they went public with their story and that King Abdullah had completely stopped the women’s rare trips outside the palace to buy food and medicine. Al-Fayez also claims that another two of the king’s daughters, Hala and Maha, were also been held captive under dire conditions subjected to abuse and deprivation for decades. Alanoud Al-Fayez, whom had fled to London after divorcing King Abdullah, appealed for help from the US President Barack Obama.

In February 2018, Sheikha Latifa bint Mohammad al-Maktoum, daughter of the United Arab Emirates Prime Minister and vice President, Sheikh Mohammad bint Rashid al-Maktoum, attempted to flee the UAE but was kidnapped by UAE authorities and deported. Latifa and a friend, Tiina Johanna Jauhiainen, had boarded a boat in neighbouring Oman which was intercepted off the coast of India by three Indian and two Emirati warships carrying officials on 4 March 2018. The girls’ driver, Herve Jaubert, and his crew were beaten “bloody” and “unrecognisable” and Latifa was forcibly returned home to the UAE. 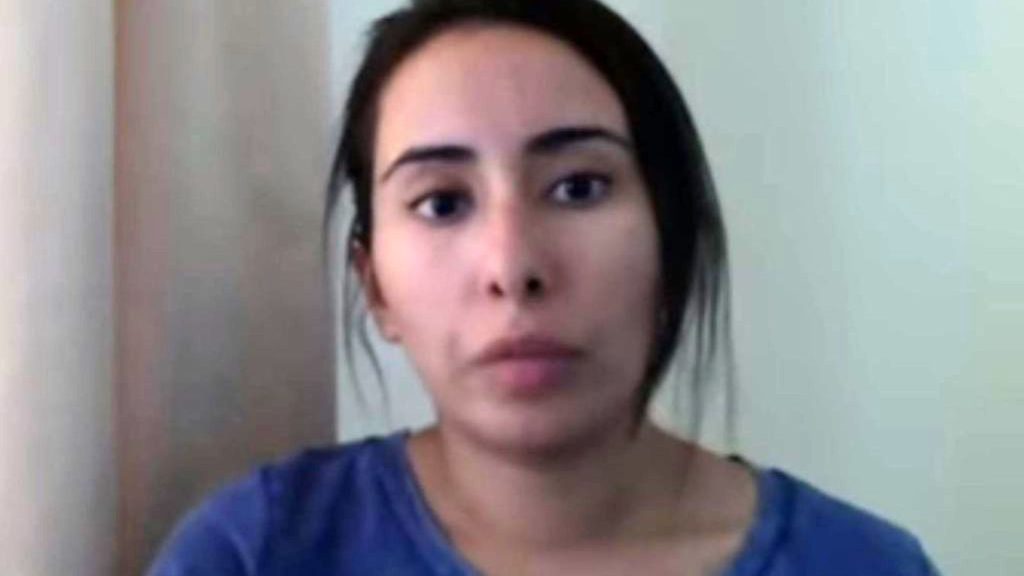 A video was published online later in 2018 by Detained in Dubai, which had been sent the footage by the princess to be released in the event of her capture. Latifa also states during the video that this was not her first escape attempt, in June 2002 she had previously been caught, detained and tortured by authorities.

Latifa further explains that her older sister, Shamsa al- Maktoum, also attempted to flee in 2000 while in the United Kingdom but was kidnapped in Cambridge and forcibly returned to Dubai by UAE authorities. Latifa states that Shamsa was kidnapped by a group of UAE officials, kicking and screaming, then driven to a private jet at her father’s estate in the UK where she was taken via France back to UAE. Latifa claims that her sister was tranquilised on the private jet before being locked in a room in the Zabeel Palace in Dubai, where she has remained since in a medicated “zombie-like state” unable to even open her eyes.

The whereabouts of Latifa are currently unknown, with no communication from her since the night of the ‘disappearance’. However, given the circumstances and reports in the media, it is assumed that she is in custody of the UAE authorities, detained against her will. Toby Cadman, International Justice Chambers lawyer, states that “she is subject to ‘enforced or involuntary disappearance’ and if it is confirmed that she is in the custody of the UAE authorities, she is being ‘arbitrarily detained’”. Human Rights Watch said in May 2018 that “Dubai authorities must reveal her whereabouts… failure to disclose the whereabouts and status of the princess could qualify as an enforced disappearance, given the evidence suggesting that she was last seen as UAE authorities were detaining her.”

Attempting to escape to freedom is an act of courage in itself, and given the treatment of activists who try to stand up for women’s rights at home, it’s no wonder that others choose to run.

To varying degrees throughout the Middle East, not least in Saudi Arabia, women face a level of control by male family members over their personal choices, and over the day-to-day logistics of living, that infantilizes and robs them of basic rights and freedoms. Despite widely-reported moves toward relaxing ‘male guardianship’ under the current Crown Prince, the reality is that women in Saudi Arabia remain subject to male “guardianship”, needing a male relative’s permission to work, get a passport, travel, marry, open a bank account, or even to leave prison. Those who stand up against this control to assert their rights and freedom as autonomous adults risk losing what little freedom they have.

One of Saudi Arabia’s most high-profile feminist and women’s rights activist, Loujain al-Hathloul, was arrested in March 2018 on charges of defying the ban on women driving in Saudi Arabia. Al-Hathloul was stopped by security officers as she was driving on a highway near her university in Abu Dhabi, she was taken from the vehicle and deported back to Saudi Arabia. Al-Hathloul was imprisoned for several days, and was banned from using social media or leaving the country. As well as demonstrating the terrible treatment of women and women’s rights activists in the region, Al-Hathloul’s case also exposes the close cooperation on such matters between the UAE and Saudi Arabia.

A pattern we cannot ignore

These cases must no longer be dismissed or reported as isolated incidents. The international community needs to connect the dots and learn that for each asylum seeker or would-be escapee, there are untold thousands more women without the immediate means to break away from their “guardians” or protest the “protection” of paternalism. 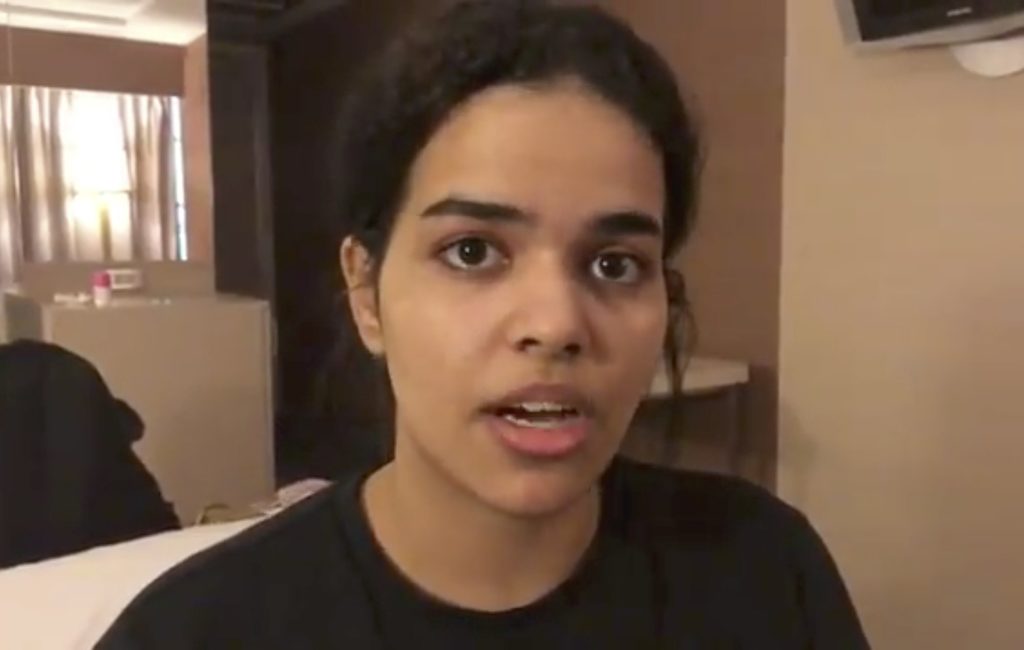 Rahaf’s case in January was terribly similar to some of those previous escape attempts. In this case, the response of international media, not to mention of Thai officials, the Australian government, and UN refugee agency, were surprisingly decisive and positive. On 7 January 2019, Rahaf Mohammed al-Qunun, raised the alarm via social media that she had been denied from taking an onward flight from Thailand bound for Australia. Mohammed al-Qunun was intending on seeking asylum in Australia after receiving death threats from family members for “renouncing Islam” and allegedly fleeing an arranged marriage and threat of violence over matters of “trivial” disobedience.

Her passport was seized by a Saudi diplomat who met her coming off her previous flight from Saudi Arabia, and she was threatened with deportation to either family in Kuwait or back to Saudi Arabia. However, she refused to board the flight and barricaded herself in an airport hotel room. Videos from within the hotel room and of her pledge not to leave until she has seen the United Nations refugee agency made international headlines.

In the glare of publicity, Thailand committed not to return Rahaf or anyone to a country where they were at risk of being killed. Mohammed al-Qunun had her passport returned to her and was allowed to board the flight bound for Australia, under UNHCR protection. The Australian government have stated that they will continue to monitor the case closely, as Mohammed al-Qunun’s allegations are “deeply concerning”, and as of 8 January 2019 have said they will “consider” granting a humanitarian visa. However, a few days later Rahaf decided to seek asylum in Canada because “(Australia) takes too long. That’s why I went to Canada“. Her asylum application was accepted by the Canadian Prime Minister, Justin Trudeau, on 11 January 2019 and she landed safely at Toronto Pearson International Airport the following day. Upon arrival Rahaf was greeted by the Canadian Minister of Foreign Affairs, Chrystia Freeland, who hailed her as a “brave new Canadian“, and said “she wanted Canadians to see that [Rahaf] has arrived at her new home”.

The examples of Shamsa al- Maktoum, Dina Ali Lasloom, Areej and Ashwaq al-Harby, Sheikha Latifa bint Mohammad al-Maktoum and Rahaf Mohammed al-Qunun each highlight the threats faced by women and the difficulty of escaping them. It is a form of oppression that is almost ‘banal’ (in the sense of ‘the banality of evil’) in that it is so commonplace and so endemic. This must prompt the question of just how many more women are in the situation of needing to flee their circumstances but are unable to do so due to financial or other constraints placed on them by family or national authorities.

For whatever reason, the response in Rahaf’s case of Thai officials, Canada, and the UNHCR, have been positive and should be welcomed. Their response represents a rejection of complacency, of the assumption that we must simply accept that this is ‘normal’ for Saudi Arabia or any other state. We must amplify that rejection.

Jessica McDonald was a research volunteer with Humanists International in early 2019.