Reflections on my internship at Humanists International

The pandemic has been used as an excuse to roll-back human rights like freedom of religion or belief, freedom of expression, the rights of LGBTI+ individuals, and the rights of women all over the world. The work of NGOs like Humanists International is therefore more important than ever before.

This year, I have been fortunate enough to have gained more knowledge on human rights and I am grateful for all the lessons I have learned and experiences gained while interning at Humanists International.

In December 2019, a friend sent me a link to a job advertisement on the Norwegian humanist organization Human-Etisk Forbund’s (HEF) website for an internship at the office of the global representative body of the humanist movement. As HEF wanted to strengthen their relations with the international humanist movement, a pilot project was launched, where Humanists International agreed to hire a Norwegian intern for six months, which would hopefully strengthen the interaction between the two organizations. 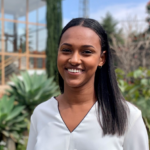 I was at the time about to finish an internship at the Norwegian embassy in Ethiopia and had recently finished a bachelor’s degree in international studies, with a specialization in international law and an emphasis on human rights. This opportunity was appealing for several reasons. Firstly, I would gain insight into how an NGO, with a high level of activity, works. Secondly, as Humanists International is represented in various international bodies, like the UN Human Rights Council, and defends human rights worldwide, it was very much aligned with my academic interests. Thirdly, while I personally thought that I had a good understanding of human rights in general, I had very little knowledge on how the fundamental ‘right to freedom of thought, conscience and religion’ related to the non-religious and how, very often, the rights of the non-religious were suppressed in the name of religion. Hoping that an internship at Humanists International would give me an insight into these types of issues, I decided to apply.

Some of my experiences

In March 2020, I was fortunate enough to deliver a statement on the human rights situation in Mauritania on behalf of Mohamed Cheikh Ould Mkhaitir at the Human Rights Council in Geneva. At first, I had turned down this offer due to my fear of speaking in front of big crowds, but due to the encouragement of Director of Advocacy, Elizabeth O’Casey, and Membership Engagement Manager, Giovanni Gaetani, I reluctantly agreed to do it. After rushing to finish the statement within the given speaking time, I realized that I would look back at that moment as my proudest one as an intern at Humanists International.

The human right to not believe is generally under-communicated. In some states, it is not even acknowledged. The discrimination women, LGBTI+ individuals, and minorities experience that is justified by referring to religion and norms is often overlooked. The victims of ‘blasphemy’ laws are invisible. Humanists International communicates that it is a human right to not believe in a God or gods and defends the right to discuss and criticize ideas and beliefs; the organization elevates the suffering that minorities all around the world experience in the name of religion, and fights for their rights; Humanists International raises awareness on the real victims of ‘blasphemy’ laws, and attempts to stifle individuals’ freedom of expression.

The fact that I was fortunate enough to contribute to the organization’s important work makes me very proud. As an intern, I have had the privilege to contribute to the important advocacy work the organization has done on behalf of individuals, like Mubarak Bala, targeted for the peaceful exercise of their freedom of expression and religion or belief. I have assisted the world’s very first Humanists at Risk Coordinator Emma Wadsworth-Jones in her efforts to help individuals around the world who live in repressive societies and cannot publicly identify themselves as humanists, atheists, or non-believers. Also, I have contributed to the annual Freedom of Thought Report that records discrimination against non-believers. These are just some of the meaningful tasks I have been doing.