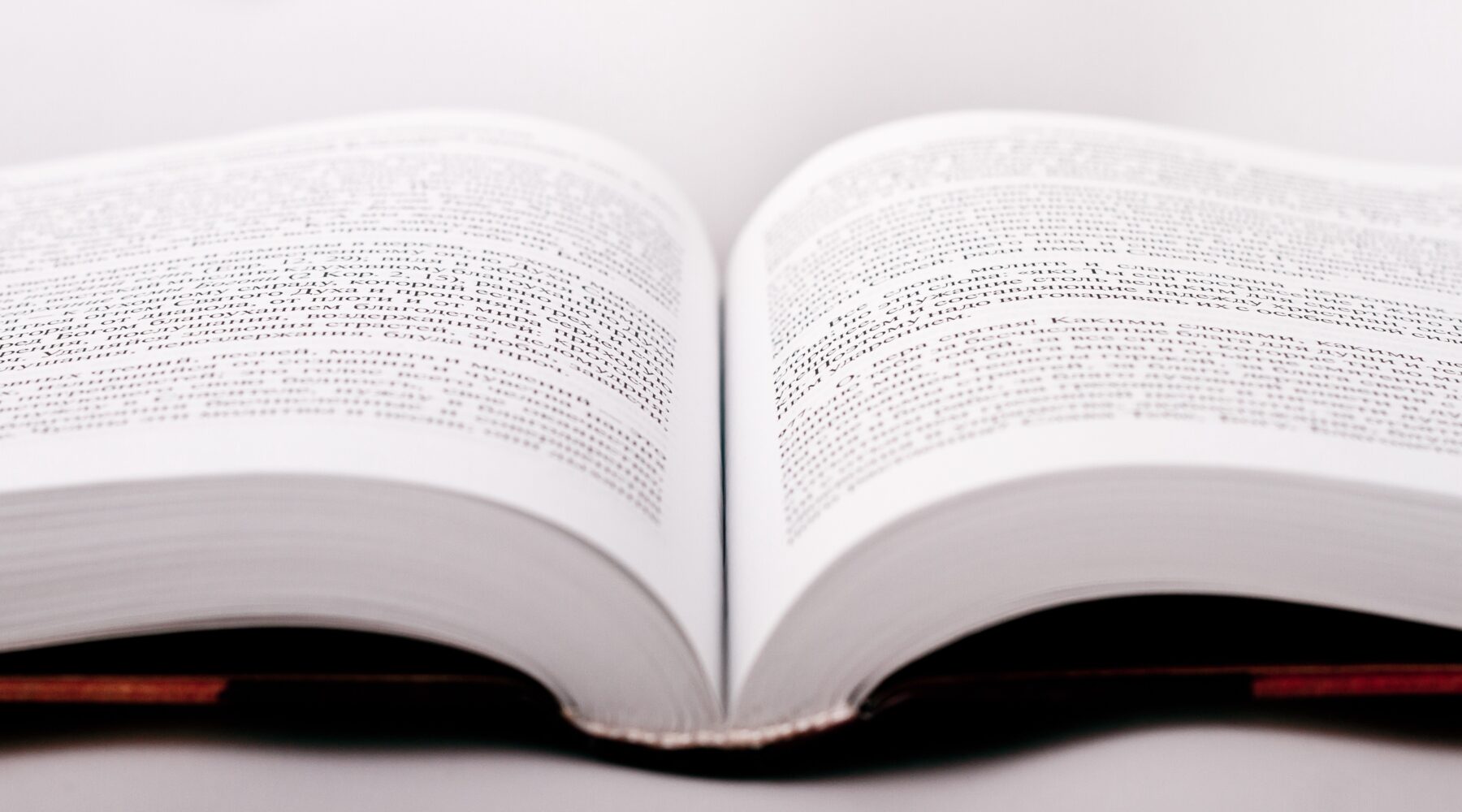 Review of ‘Leaving the Allah Delusion Behind’ by Ibn Warraq

Ibn Warraq has lifted the lid on one of the best kept secrets of modern times: atheism in the Islamic world, and has written what will surely stand as the most encouraging book on Islam that any Humanist is ever likely to read. We Humanists are not alone; our soulmates are there in their thousands in the Islamic world, and have been since before the founding days of Islam. 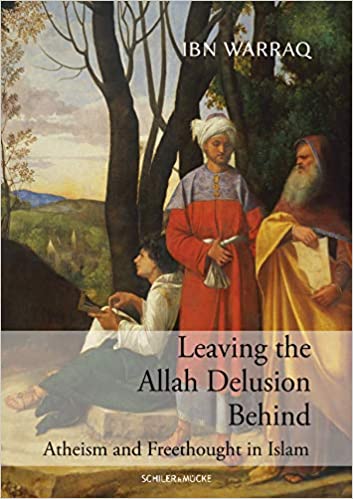 Nothing less than a revolution – or perhaps I should say an Islamic Enlightenment – is finally on its way. In the author’s own words:

“We are witnessing monumental changes in the beliefs of peoples of Islamic lands, changes whose implications and consequences have not yet sunk in. They have not sunk in partly because the general public both in the West, and in the Middle East is totally unaware of this modern astonishing turn of events of literally thousands of young men and women from Islamic societies leaving Islam, and embracing atheism. Their presence can be felt on the internet and the social media, on Facebook, above all.”

This encyclopedic but accessible book of more than 600 pages is a work of stunning erudition. Ibn Warraq has assembled most of what is known about atheist philosophy throughout Islamic history, and as a keen observer of the present has given us hope for a less religious Islamic world in future.

Not only will Atheists, Humanists, Freethinkers and Skeptics be encouraged by this learned and monumental work but it will give hope and justification to the growing millions of actual and potential unbelievers in the Islamic world.

Usefully divided into three parts, in Part 1 of we read of skepticism and atheism in classical Islam. Part 2 covers the Islamic philosophers such as Al Rawandi and Abū Bakr al-Rāzī, and their influence on the European Enlightenment. Al Razi, is described as “the greatest Freethinker of early Islam”, and the author is to be congratulated in bringing the work and thoughts of this philosopher/ scientist to popular attention.
It is Part 3 however that will probably be of most interest to Humanists, covering the modern history of atheism in Islam from the 19th century to the present; the fake news regarding the modern spread of Islam; and highlighting the wave of skepticism now sweeping through the younger generation of Muslims around the world.

Not merely a collection of facts, the book builds a comprehensive picture of the serious skeptical opposition faced by Islam from its early days. We are told – by Islamists of course – that pre-Islamic Arabia was a festering pit of barbarity where women were no more that sex objects, and that Islam (for all its faults in its treatment of women as the property of their menfolk) was a vast step forward in terms of respect for women. But they would say that wouldn’t they? With its detailed references to scholarship of the period this book does much to dispel that myth, shedding an important light on the culture of Pre-Islamic Arabia, described by one writer as “tribal Humanism”.
Most enlightening for me was the wealth of information regarding the culture of debate that persisted for centuries within Islam, and the loud and persuasive voices of reason that were only eventually silenced through brutal oppression: oppression which has persisted in the Islamic world ever since and can be seen as an important factor in the success of Islam. Tell anyone that they must believe what you say or you will kill them, and they are likely to say they believe you. Yet the doubts that any modern rationalist must harbour about the authenticity of the Koran have been expressed by many since the earliest days of Islam. Despite that early flowering of reason, however, its suppression by the traditionalists dating from the 10th century has persisted to this day.

The author quotes R. A. Nicholson, writing in 1969 in A Literary History of the Arabs:

“About the middle of the tenth century the reactionary spirit assumed a dogmatic shape in the system of Abu ‘1-Hasan al-Ash‘arī , the father of Muhammadan Scholasticism, which is essentially opposed to intellectual freedom and has maintained its petrifying influence almost unimpaired down to the present time.”

Throughout the history of Islam there has existed a culture of criticism of orthodoxy centred in Iran, not merely Shi’ite versus Sunni, but of outright skepticism of religion, the most famous exponent of which, at least in the West following the translation of Edward Fitzgerald, was Omar Khayyam.
Much of the Persian criticism of Islam is centred on the Persian disdain for Arab culture, seen as alien to heir own more ancient and therefore superior civilisation.

One minor criticism of the book is the 57 pages devoted to the life, poetry, influence of and commentary on the Syrian poet Abu al Ma’arri. Clearly a favourite of the author, most readers might decide to skip-read this entire chapter. On the other hand, the 19 pages dedicated to the poetry and influence of Omar Khayyam (my own personal favourite) will more than adequately reward the reader.

The seven pages devoted to the apostate Moghul Emperor Akbar are an equal delight. Practising religious tolerance 400 years ahead of Karl Popper’s injunction to tolerate everything except intolerance, he eventually banned the practices of Islam and the teaching of Arabic. His legacy lasted through the reigns of two of his successors until swept away when his empire was conquered by the inevitable Islamic bigot.

It is Averroes (Ibn Rushd) however that must be recognized as the seminal Muslim influence on the ultimate secularisation of Europe, whose support for Aristotle and the supremacy of reason above faith lasted from the 13th century until the full flourishing of the Enlightenment in the 17th and indeed to the present day. As the author writes:

“ … if Averroes can be shown to have influenced Delmedigo, and Delmedigo Spinoza, then one cannot overestimate Averroes’ historical significance in the creation of the modern world.“

Part Three of the book begins with an analysis if the number of Muslim in America and concludes that rather than the 60,000 converts a year to Islam in the United States that is generally believed, the true figure is closer to 17,000 but is at least matched by the number leaving the faith – the majority of whom are recent converts. Over recent years the absolute numbers of adult Muslims in the United States has been growing by more than 100,000 a year, almost entirely through immigration and the numbers of Muslim children becoming adult. Yet none of these statistics take account of the reluctance of very many Muslims who leave the faith to actually announce the fact. But the scale of the problem can be gauged from the percentage of stated Muslims in the United States who attend the mosque regularly, namely 7%, compared to the number of Christians who attend church weekly, 38%.

Far from being the fastest growing religion, the percentage growth rate for Islam is lower than for almost any faith groups except the Christian.
To quote directly from the book:

This is an extraordinarily well-researched book by one of our greatest living Islamic scholars. The selected bibliography alone extends to 46 pages, and there are no fewer than a mind-boggling 1,500 footnotes and references.

Yet despite its erudition and exemplary academic standard, the text remains surprisingly accessible, a treasure trove of facts that can be mined to refute many of the traditional beliefs and false claims surrounding Islamic history and fake statistics regarding the present state of the religion. It will prove invaluable to anyone concerned with countering the deeply compromised face that modern Islam presents to the world.

My only real criticism of the book is in the author’s choice of title for his magnum opus, with its sideways reference to Richard Dawkins’s The God Delusion. It is far, far more than that. Leaving the Allah Delusion Behind is Ibn Warraq’s masterpiece, and should come to be recognized as arguably the most important work on the history of Islam of modern times.

‘Leaving the Allah Delusion Behind‘ by Ibn Warraq is published by Schiler Hans Verlag in Germany, and available online via Amazon, Bookdepository.com and direct from the publisher.

Roy Brown is a former President of Humanists International (2003-2006) and former head of delegation to the UN Human Rights Council in Geneva.