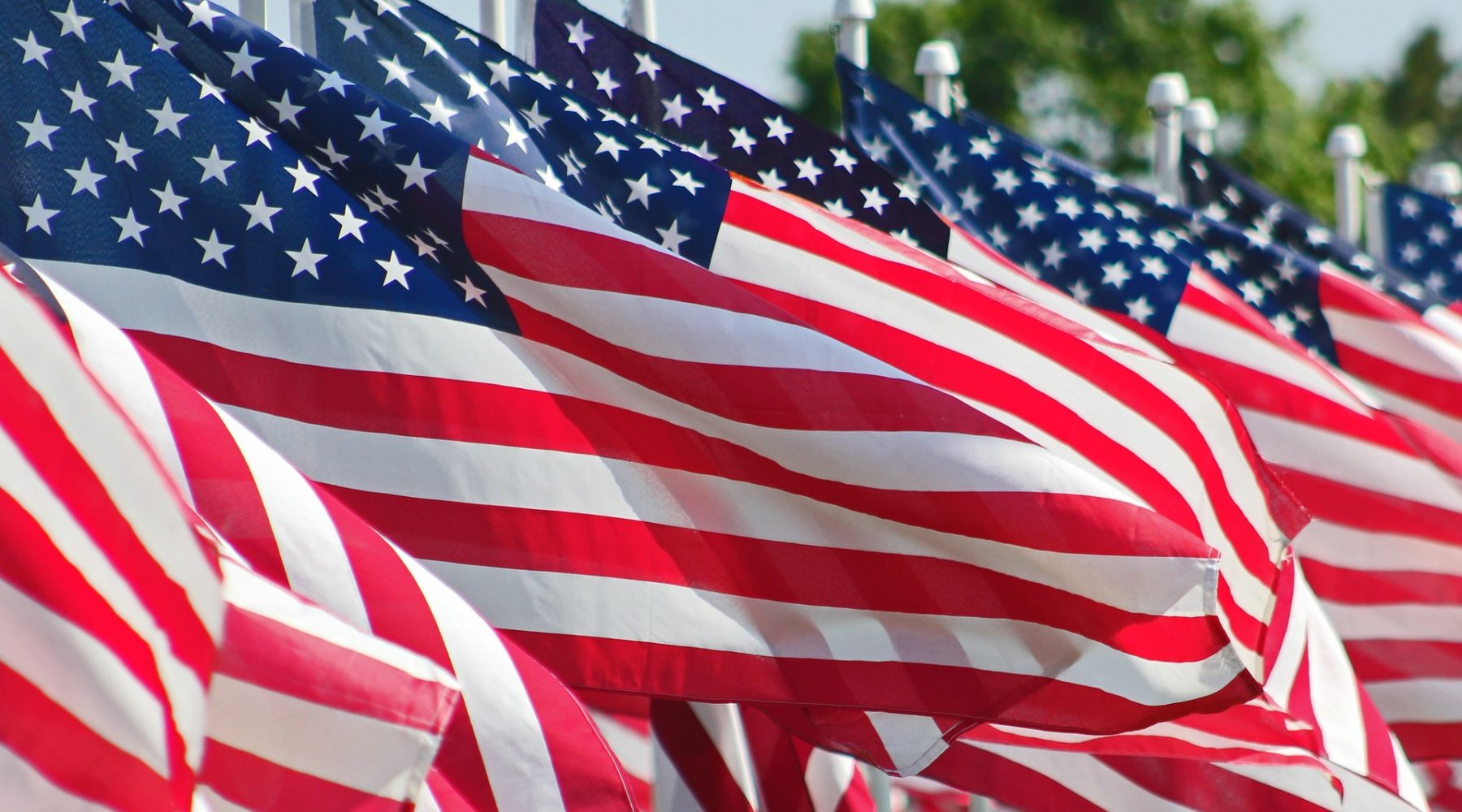 The unfortunate influence of religion on US Foreign Policy

Intern at Humanists International, Mahalet Tadesse, blogs on how the Trump administration mixes religion and foreign policy, and the consequences of that.

The Trump administration in the United States increasingly made clear so-called “religious freedom” is a global and domestic priority. The latest example of this came in February 2020 when US State Secretary Mike Pompeo inaugurated the Religious Freedom Alliance, consisting of 27 “like-minded partners who treasure, and fight for, international religious freedom for every human being.” The Religious Freedom Alliance consists of a wide variety of nations, some ranking first in Humanists International’s “Freedom of Thought Report”, while other countries are poor-ranking.

Freedom of religion is a human right, manifested in several international conventions and declarations, like articles 18 in the Universal Declaration of Human Rights and the International Covenant on Civil and Political Rights and article 1 in the Declaration on the Elimination of All Forms of Intolerance and of Discrimination Based on Religion or Belief. But freedom of religion is only a part of the right stated in these articles. The language in these documents is rightfully inclusive and broad, stating the right “to freedom of thought, conscience and religion”. This right is not established to solely protect the rights of religious individuals. By cherry-picking bits and pieces of the manifested right, the Trump administration is signalizing that “religious freedom” is a privileged right. It creates a notion that the freedom of thought and the freedom of conscience, perhaps even the freedom of belief, are not equally protected with the freedom of religion.

Fortunately, the Religious Freedom Alliance is committed to ensure the freedom of thought, conscience, and religion or belief, “including the right to hold any faith or belief or none at all, and the freedom to change faith”. However, the initiative comes from an administration that tends to overstress “religious freedom” and at times have favoured Christianity. During Trump’s three years in office, the President, his Vice President and the Secretary of State have wooed Evangelical Christians by blending foreign policy and religion. This courtship has endangered the rights of other vulnerable groups who face discrimination based on religious claims and undermined well-established human rights law and international institutions.

Often, white Evangelicals are argued as the cornerstone of Trump’s political base. In the 2016 election, eight out of ten white Evangelical Christians voted for Trump. Evangelicals tend to support Republican candidates, but the support Trump received exceeded the support former Republican presidential candidates George W. Bush, John McCain, and Mitt Romney received. Several of the Trump administration’s foreign policies are intended to ensure the support of conservative religious forces in the US, and according to Trump, no other President has ever done what he has done for Evangelicals and religion. While the support from Evangelicals has slightly dropped compared to the 2016 numbers, Trump still receives massive support from conservative Christians. According to the Public Religion Research Institute, 73% of white Evangelical said this past fall that they were satisfied with the work he does.

Often, the discussion around church-state separation revolves around domestic matters. However, when a superpower like the US mixes religion and foreign policy, the consequences and the effect of policies infused with religion transcends borders. To gain and maintain the support of conservative Christians, the Trump Administration has enforced Christian values in the international and domestic spheres. For instance, in October 2019, Secretary of State Mike Pompeo held a speech called “Being a Christian Leader” to American Association of Christian Counselors (AACC), where he stated, “International organizations will try, from time to time, to sneak language into their documents claiming that abortion is a human right. And we’ll never accept that.” A statement that made the AACC, an organization devoted to “equip clinical, pastoral, and lay care-givers with biblical truth and psychosocial insights”, cheer and applaud vigorously. In addition to enforcing religious values on others, it is problematic that the administration aspires to redefine well-established human rights law. Pompeo’s statement is an example of this.

The Secretary of State further stated, “We’ve worked diligently to find every dollar that might be going to [abortion] and we have worked tirelessly and successfully now to bring it nearly to an end.” A reference to the Global Gag Rule – a policy prohibiting receivers of US health funds from providing abortion services. The Trump administration asserts the policy is intended to protect human beings, but instead has severe consequences for women’s sexual and reproductive health and rights. Moreover, the withdrawal of financial support by the world’s largest donor to global health could increase the prevalence of serious global health concerns like malaria, HIV/AIDS, and tuberculosis because the Global Gag Rule applies to all recipients of US funds. If the recipients are not willing to certify that they will not perform or promote abortions, they lose all their funding granted by USA – even the funding that would have been allocated to other health issues.

Women’s sexual and reproductive rights took a severe hit when the Trump administration implemented the Global Gag Rule, much to some Christian conservatives delight. Unfortunately, the Gag Rule is not the only policy implemented which has limited these rights. The US has several times opposed UN resolutions that refer to sexual and reproductive health and rights. In April 2019, the US threatened to veto a UN Security Council Resolution on rape as a weapon of war, because of the language on reproductive and sexual health and rights. Again, in September 2019, US Ambassador to the UN, Kelly Craft, made this administration’s opposition to the inalienable human right clear, stating, “We cannot accept references to ‘sexual and reproductive health,’ nor any references to ‘safe termination of pregnancy’ or language that would promote abortion or suggest a right to abortion.”

Moreover, as one of the most powerful nations in the world, the United States’ influence is arguably functionally limitless. When the Trump administration decided to acknowledge Jerusalem as the capital of Israel and expressed the wish to move the US embassy from Tel Aviv, the Trump administration overturned decades of US foreign policy and international consensus on the status of Jerusalem, and peace efforts. Speaking to the Israeli Parliament in 2018, devoted Evangelist, Vice President Mike Pence, rationalized the decisions with Bible verses. The decisions and the speech were very much appreciated by conservative American Christians. The announcement surely had an effect on conservative and Evangelist state leaders, President Bolsonaro of Brazil and Guatemala’s President, Jimmy Morales. Shortly after, both expressed their plans to move their embassies to Jerusalem. The case of the US embassy illustrates perfectly how religion has influenced America’s foreign policy and the ripple effect their actions as a superpower has on the world.

While enhancing “religious freedom” globally is a legitimate goal, granted it includes the right to hold any faith or beliefs and none at all, it should be done through the mechanisms already in place, like the UN’s Human Rights Council – an intergovernmental body with the responsibility of promoting and protecting all human rights globally. Unfortunately, the Trump administration withdrew the US from the Council in 2018. Consequently, their actions, including the creation of the Religious Freedom Alliance, undermines the UN as the most important actor on the international agenda on freedom of religion or belief. Also, it creates a forum where the US can potentially dominate the discourse around “religious freedom” and “vulnerable” human rights that are often confined in the name of religion.

The newly established Religious Freedom Alliance’s prima facie neutral and inclusive declaration gives reasons for cautious optimism after years of discriminatory policy decisions grounded in conservative Christian values that have undermined international human rights law, international institutions and peace processes. But to quote former Chairperson of the US Commission on Civil Rights, Martin R. Castro, “The phrases ‘religious liberty’ and ‘religious freedom’ will stand for nothing except hypocrisy so long as they remain code words for discrimination, intolerance, racism, sexism, homophobia, Islamophobia, Christian supremacy or any form of intolerance.”