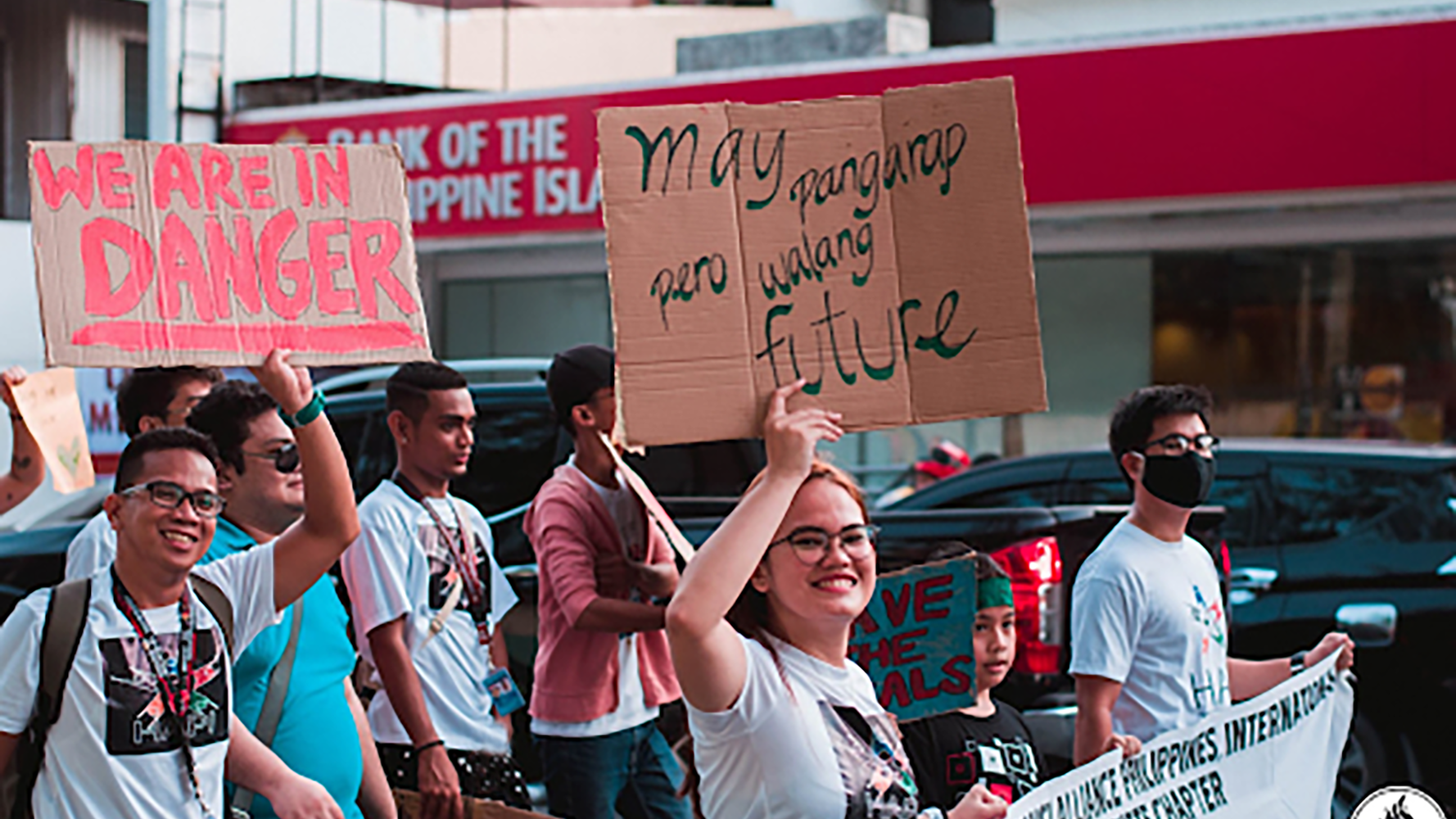 Climate Action in the Humanist Community

A post by Javan Lev Poblador for "Humanist Voices", the blog of Young Humanists International

This blog was originally published on Humanistically Speaking.

Events in the month of November 2013 still continue to haunt Filipinos. I still remember strong winds buffeting the roof of our house, rivers overspilling and flooding roads, and a blackout that lasted for five days. But it wasn’t until the power came back and I turned on the TV that I realized how horrendous it was for other parts of the Philippines. Bodies piling up on the sides of the roads, homes submerged in floodwater, and lost family members swept away by the storm surge.

The climate crisis has already progressed from a scientific observation to a real, everyday phenomenon that affects how we live or die. It’s not a question anymore of whether it’s real or not, but will we do anything about it? Although the climate crisis is the greatest threat to face modern humans, not everyone is affected in the same way. The sad reality is that some of us will have to fight harder than others, just for being in the front seat of the effects of climate change and all in the pursuit of climate justice. And it’s not hard to see why, in recent years, young people all around the world have begun to fight back on a never-before-seen magnitude.

Why should humanists care more about the climate crisis?

As humanists, we have a duty of care to all of humanity including future generations and we recognize our dependence on and responsibility for the natural world (Amsterdam Declaration 2002). Humanists International has also put on record at the UN that the world must wake up to the science and curb the impacts of the climate crisis through its Reykjavik Declaration on the Climate Change Crisis.

If there’s one thing I learned from my work as an environmental journalist, it’s that environmental rights are also human rights and all rights are interconnected. But I’m not the only one to have this view. I‘ve asked young humanists in other countries about Humanism and climate change. Rebekka Hill from Young Humanists UK said that, as humanists, “…we trust science and fight unnecessary suffering.” Wonderful Mkhutche from Humanists Malawi and Gerardo Chaparro from Humanists of Puerto Rico both agreed that we owe it to future generations to leave a liveable planet and they emphasized the importance of taking urgent action on climate change. And Sasa AguilaAguire from Humanist Alliance Philippines, International (HAPI) concluded that all the ‘progress’ we have made as a civilization will soon be swept away if we do nothing now to mitigate the climate crisis.

This doesn’t mean that the humanist movement has not done anything prior to this project. This campaign will only solidify further the existing climate advocacies in other humanist organizations with a greater focus on young humanists. To name a few, Belgian humanists deMens.nu through #BackToTheClimate call for more climate policies and for states to limit global temperature rise to 1.5°C. Humanist Society Scotland launched EcoHumanism which champions present and future generations that have no voice. And Think School has released fourteen open license videos in a series on the climate crisis.

The recent IPCC report released in August paints a bleak picture for our planet’s future that left many of us overwhelmed. But hope is not lost. The Paris Agreement’s 1.5°C warming limit is still achievable if there’s a strong global action and we act faster. A huge piece of the climate solution lies in cutting down our greenhouse gas emissions and divesting from fossil fuels, but there are many pieces of the jigsaw: addressing agriculture, environmental conservation, and the choices we make every day. Yes, it’s a long shot, and it calls for the cooperation of every person on the planet. However, our response to the COVID-19 pandemic has shown us that drastic changes for the better are possible. But we can no longer afford any more delay.